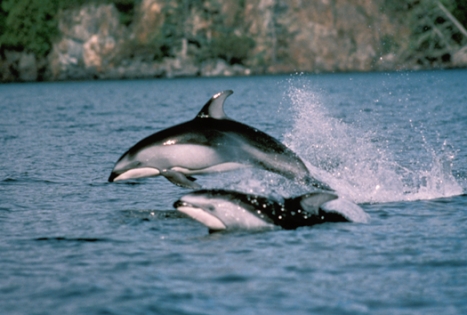 Entanglement in fisheries operations poses a major risk for 86% of the world’s toothed whales, according to a report released last week by the Convention on the Conservation of Migratory Species of Wild Animals (UNEP/CMS).  This latest review of the status of the world’s odontocetes (toothed whales) found that the primary threat for 62 of the 71 extant species is by-catch in fisheries operations, a major increase from the 2001 report that estimated only 70.4% (50 species) were affected by this risk.   Various forms of fishing gear such as gillnets, driftnets, traps, weirs, purse-seine nets, long-lines, trawls and others were implicated with causing entanglement that may lead to suffocation and death of whales, dolphins and porpoises.

For some species reviewed by the CMS report the problem of incidental bycatch is pushing populations to near extinction.  One such species is the Vaquita (Phocoena sinus), a small porpoise endemic only to the Gulf of California. The Vaquita population has recently been estimated at a mere 150 animals, making it one of the most critically endangered toothed whales in the world.  The major cause of the Vaquita’s decline is incidental catch in fisheries, primarily gillnets for a variety of fish and shrimp.

Closer to home, on the west coast of Canada, the extent of the problem has not been well studied. Our vast and unpopulated coastline means that many entanglements might go unreported.   Fisheries and Oceans Canada formalized the Marine Mammal Incident Response Network in British Columbia in 2008 to help learn about and respond to a variety of incidents, including entanglements, which are affecting local cetaceans and pinnipeds.  In 2009, twenty-one cetacean entanglements were reported in BC, eight of which could be confirmed.  The majority of entanglements reported in B.C. last year were of large baleen whales; however entanglements of dolphins and porpoises have been reported in the past.  If you see an entangled cetacean in B.C., the best thing is to report the situation as soon as possible to the Marine Mammal Incident Response Network at 1-800-465-4336.

One simple way to help reduce toothed whale mortality due to entanglement around the world is to choose seafood from sustainable fisheries with minimal bycatch.  In British Columbia, the Vancouver Aquarium’s Ocean Wise program works with seafood suppliers and restaurants to ensure that they have the most current scientific information regarding seafood and helping them make ocean-friendly buying decisions.   Sustainable options are highlighted on menus and at super markets with the Ocean Wise symbol.  Learn more about Ocean Wise here. 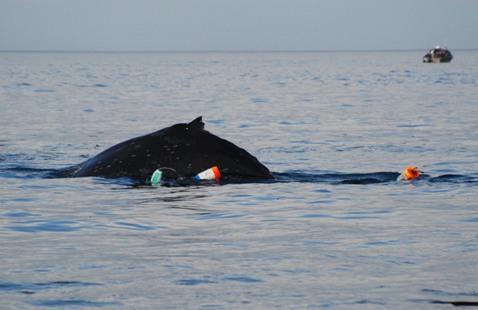