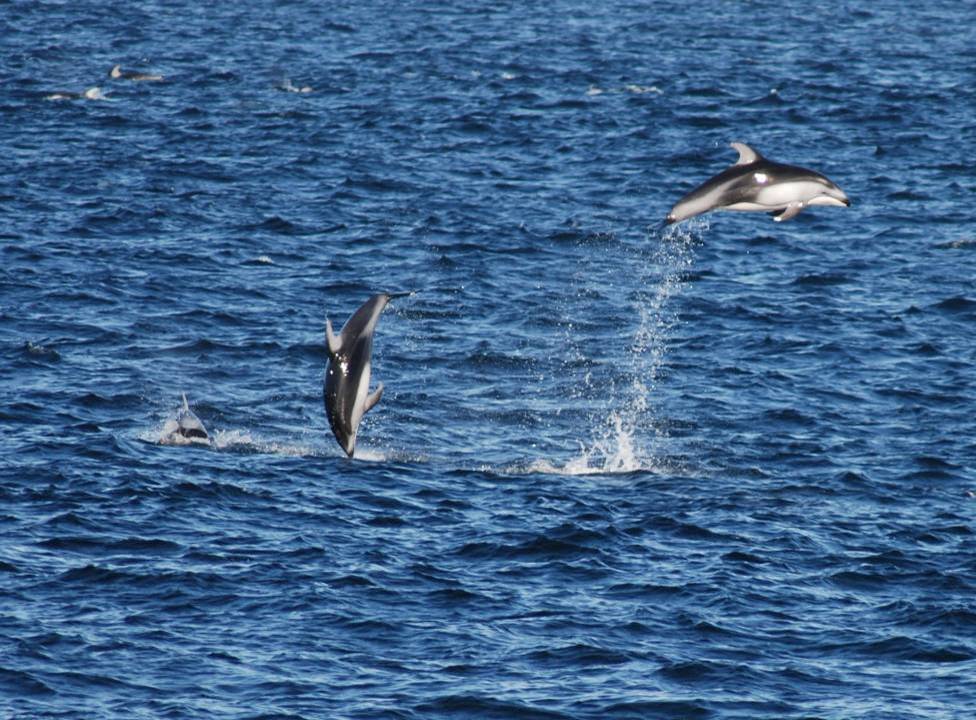 We are asking observers that if they happen to spot these dolphins in or around Howe Sound in the coming weeks, to please give us a call immediately on our toll free sightings hotline: 1 866 I SAW ONE. Despite the often showy nature of these animals, relatively little is known about them in BC waters. For example, seasonal movements and population estimates of dolphins are still not well understood. Therefore, it is of great interest to researchers when dolphins are spotted in such close proximity to Vancouver. Knowing when and where they are could provide Aquarium researchers the opportunity to get out on the water and learn more about these animals. Real time reports over the phone will increase the chances of Aquarium scientists being able to locate the dolphins and begin to tackle these questions.

If you’re interested in learning more about Pacific white-sided dolphins check out Vancouver Aquarium research associate Kathy Heise’s talk with Nature Vancouver this week. Kathy, whose primary research interest is Pacific white-sided dolphins, will be talking about this charismatic species at 7:30 pm on Thursday March 11 in the Unity Church at 5840 Oak Street in Vancouver. Click here for more details.