Studying cetaceans can be a tricky task.  Most species are either speedy or elusive, and of course, all spend the majority of their time beneath the waves and out of human sight.  To understand their life histories and estimate their numbers, early cetacean biologists had a daunting job- how to track these animals to gather enough baseline information?

As the old saying goes, a picture is worth a thousand words.

Photo-identification of cetaceans started in the early 1970s right here in British Columbia with a man named Dr. Michael Bigg, an early pioneer in killer whale research.  He was given the difficult chore of censusing the killer whales off the coast of British Columbia.  The task no doubt seemed daunting at the time, as all that was understood was that there were killer whales on the coast, they appeared year-round, and could be seen in a variety of group sizes.   The idea for photo-identification came almost accidentally as Bigg and his colleagues ventured to the Johnstone Strait-area to establish a methodology for this census.  While there, they shot photographs without realizing how valuable they would be.  Dr Bigg described the discovery of ‘photo-identification’ in the Spring 1983 issue of Whalewatcher:

“Much to our surprise and eventual satisfaction, we discovered that a close examination of the photographs revealed several well-marked individuals.  Their dorsal fins possessed unique nicks, gouges and, occasionally, some major tissue losses.  The pigmented saddle pattern at the base of their dorsal fins also varied, and often bore identifiable scratches.  A whale with unique markings, we quickly realized, was equivalent to having an individually tagged animal.  All we had to do was obtain a good photograph of the whale, learn to recognize it, and follow its daily activities.”

By using photographs to individually identify animals, Dr. Bigg and his colleagues were able to relocate animals year to year and collect data on their life history.  They were also able to establish accurate population estimates and better understand movements by using photographs to assess how often animals were re-sighted, where they were sighted, and at what time of year.  Today, the populations of both resident and transient killer whales that reside off British Columbia are accurately catalogued and assessed every year.

While the idea for photo-identification in cetaceans may have started with killer whales, it has not stopped there.  A huge number of species are now studied using photo-identification of individually recognizable animals.  Depending on the species, their appearance, and their behavior, different parts of the body are used for photo-identification.  For example, humpback whales can be identified by the unique markings on the underside of their tail flukes.   Obtaining a photo of this part of their body is facilitated by the humpback’s penchant for lifting its fluke prior to a long dive .   For other species, the flank of the animals may be easier to photograph and use, such as with the mottled, patterned side of a grey whale.

Photo-identification projects can be enormous international undertakings, like the SPLASH project (described here) that compared photo-ID catalogues from around the entire North Pacific to estimate humpback populations, or smaller, more grassroots projects, like the minke whale catalogue being created by local researchers on northern Vancouver Island (minkes can be identified by their flanks and dorsal fins).  Big or small, all studies help researchers gain insight into the abundance, population dynamics, reproduction, range and sometimes even family lineages of cetacean species.

Of course, photo-identification is only as good as the photo.  Sharp, clear photos at the right angle and light are necessary to be able to make out the shape, pigment and marking subtleties that help differentiate individual animals.  The catalogues produced by Fisheries and Oceans Canada of killer whales and humpbacks give a good idea on the type of photos needed.  Do you have photos from your most recent sighting?  Feel free to send them in with your report.  If we are able to identify the individual it makes the sighting even more valuable.  Remember though, the ‘Be Whale Wise’ guidelines state that boats must stay at least 100m away from animals to reduce disturbance- don’t let your pursuit of a photo cause you to creep too close! 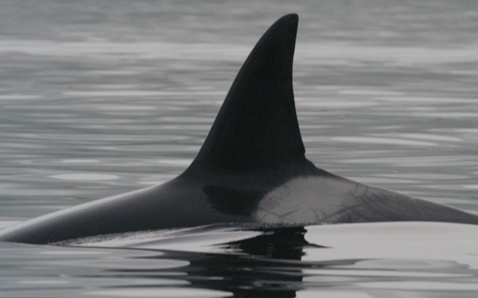 Identification of killer whales is possible due to their unique dorsal fins and saddle patches. 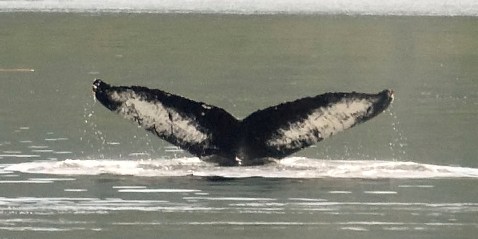 Humpback flukes are all unique. 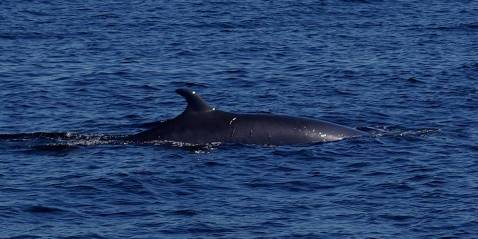 The study of many cetacean species can be aided by photo-identification, including minke whales!