It is an exciting day when we receive word of a leatherback sea turtle from one of our coastal observers!  So in mid-May, we were thrilled to receive a report from a visiting professor working at the Bamfield Marine Science Centre that he had spotted one of these enormous reptiles right from the deck of the centre!

While a leatherback sighting is rare at anytime, most reports in BC are between July and September.  Many assume that the cold, west coast waters of BC are no place for a sea turtle, but leatherbacks have several physiological adaptations that allow them to survive in cold water.  They have dark skin, large bodies, and a thick layer of insulating fat.  They are also able to control blood flow in order to thermoregulate and increase their flipper stroke frequency to generate more body heat.  All of these survival tactics are vital, for example when swimming around Bamfield in 9ºC water during the time of the most recent sighting!

Leatherbacks like the one spotted in May don’t end up along the Pacific coast of North America by accident.   A recent letter in the journal Nature by the Tagging of Pacific Predators (TOPP) project showed that leatherbacks, along with other top ocean predators such as tuna, elephant seals, albatross, sharks and whales, are specifically targeting the California Current Large Marine Ecosystem (CCLME) and North Pacific transition zone marine ecosystem.  This rich productive zone extends from southern British Columbia down to Mexico.

The project collected 1791 tracks from 23 different predator species over the past decade and showed that the CCLME and North Pacific transition zone undoubtedly attract and retain predators from around the Pacific.  Some species, like the leatherback sea turtles that nest in Indonesia and other areas of southern Asia, undertake long migrations of over 2000kms to arrive in the current and do so over and over throughout their lives.

In total, 98 data sets were obtained from leatherback sea turtles, which were tagged (using harnesses) in Indonesia, California and Costa Rica.  The 26161 days of tracking data showed that leatherbacks often arrived when sea surface temperatures were seasonally highest and like the other predators tagged are preferentially visiting the CCLME over other areas of the Pacific.

The results of the TOPP project show that this critical habitat is used in predictable ways by large ocean predators, which play an important role in ecosystem health.   This knowledge can help inform management and protection of endangered species- like the leatherback sea turtle decimated by the ingestion of marine debris and accidental by-catch in commercial fisheries.

In a step forward, the American government agreed this week to protect an area of Pacific coastal waters by November as critical habitat for the endangered leatherback sea turtle.  The  zone will include areas of California, Oregon and Washington and it’s completed plan is now due by Nov. 15 of this year ( read more about this here.)

In Canada, critical habitat has not been defined in the leatherback sea turtle recovery strategy due to a lack of information on turtle distribution in Pacific Canadian waters. You can help with this data deficiency- spread the word that leatherbacks do visit the coast of BC and all sightings should be reported!  If you, or someone you know, spots one this summer make sure to call 1-866-I-SAW-ONE asap, or file a report online here. 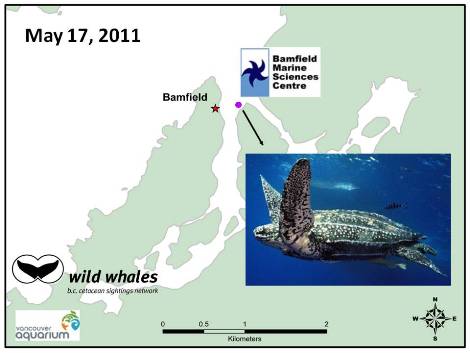 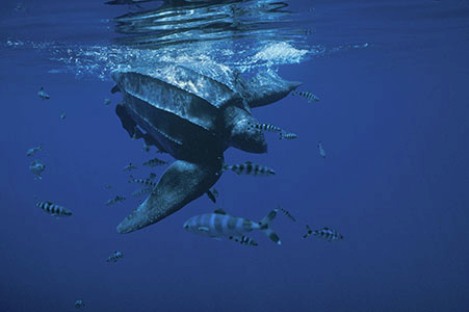