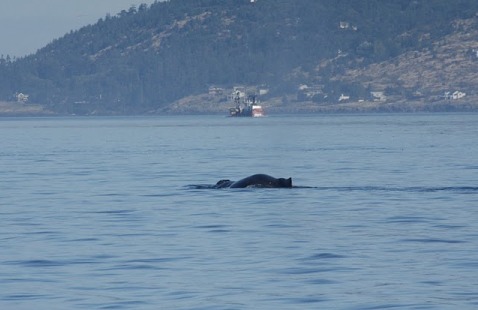 The entangled humpback whale known as ‘Canuck’ has been spotted again! With over two weeks between sightings, hope for a successful disentanglement was dwindling.  Fortunately, yesterday-  Aug 25th, 2011- employees of Cetus Research and Conservation were out on the water and luckily happened across the whale.  To learn Canuck’s story from earlier this month, see here.

Canuck was spotted yesterday off Kellet Bluffs on San Juan Island, Washington.  Interestingly, the bullet buoy that had been previously seen trailing behind Canuck is no longer visible at the surface. Upon permission from American authorities, the trained entanglement crew from Cetus was able to approach Canuck and take underwater footage (seen here), which confirmed the whale remains entangled.  Canuck’s body condition is still poor, and the whale continues to show skin issues and high levels of whale lice.  The entanglement may mean the whale is not feeding properly and losing body weight as well.

The gear is now floating very low in the water and appears to be cutting into Canuck’s flukes severely.  After obtaining permission from NOAA, the Cetus crew began attempts to disentangle Canuck yesterday afternoon.  As the whale crossed into Canadian waters, Fisheries and Ocean Canada joined the disentanglement effort as well.  Unfortunately, due to the tricky location and nature of the entanglement, they were not successful yesterday before nightfall, however disentanglement attempts will be continued today.  Disentanglement can be very dangerous and should only be attempted by trained individuals.

Canuck was last seen in Boundary Pass.  Anyone is the area of the lower Strait of Georgia, Boundary Pass, and Haro Strait should keep an eye out for humpback whales and report ANY they see to the Marine Mammal Incident Reporting line at 1-800-465-4336. The buoy and line are no longer spotted at the surface so all humpbacks could be this whale.  The public should NOT approach any whale closer than 100m or attempt any intervention or assessment of their own.  If you see a humpback whale, please report it ASAP and standby. The disentanglement boats are on the water today, searching for Canuck, and should be able to respond quickly to reports. 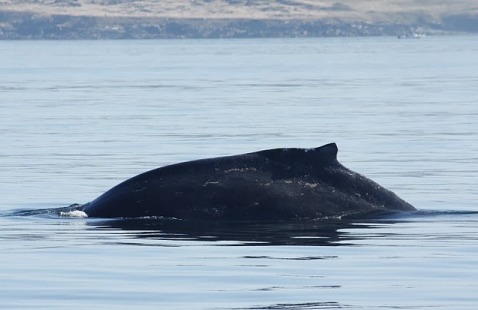