Another great year of sightings- Part 1 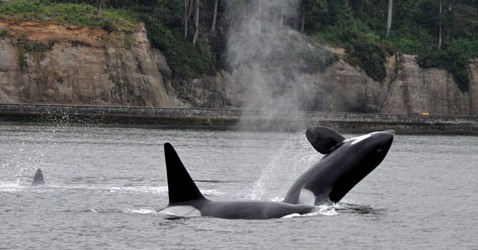 2011 was another great year here at the BC Cetacean Sightings Network.  Our program continued to grow allowing us to better understand the distribution and occurrence of cetaceans along the coast.  Our database now contains nearly 65,000 sightings of 23 species of whale and 3 species of sea turtles!  This knowledge is used and shared to better affect the conservation of these animals, and it couldn’t be done without all the wonderful observers that report their sightings.  In January we will be tallying up our Top 20 Observers of 2011.  If you still have sightings to report, it’s not too late! We are always happy to receive them, even if they are from the past.

To wrap up the year, here is Part 1 of a collection of some of our favorite sightings with photos from 2011.  Some were intriguing, some were rare, and some were reminders of important lessons. Watch for Part 2 of our ‘favorites’ in early 2012!

1) An important reminder at the beginning of a new year. A sighting of a humpback whale near Nanaimo in January helped remind us that marine mammal science in BC is a team effort.  The helpful photos submitted by observer Maureen Thornton allowed us to work with colleagues from DFO and the Marine Education and Research Society to track the whale all the way up Vancouver Island into Johnstone Strait.  The whale, nicknamed Hunter, was later seen in July off northern Vancouver Island.  Humpback whales have made a big comeback in BC.  While most are only in our waters for the summer and fall, some do stay throughout the winter.  Working with partners, from observers to other researchers, is an important part of what we do and this sighting was a great example of just that.

2) A killer whale visit to the office.  All sightings are interesting, but it was quite exciting to receive a report of killer whales that swam right past our office at the Vancouver Aquaruim early one morning in May!   Through observer photos, the whales were identified as transients, including T102, T101B, and T123A (named ‘Stanley’ by the Wild Killer Whale Adoption Program after his visit).  It is rare to see killer whales in such a busy harbour, but there is no shortage of seals all the way up Indian Arm to attract them. In fact, sightings of transient killer whales in the Salish Sea were plentiful this year and with healthy harbour seal populations in the area, we suspect we will continue to see many more of them! There are approximately 300 transient killer whales along the west coast that have been identified by photo-identification.

3) Don’t worry, it’s just feeding.  With spring comes the arrival of hungry grey whales. After foraging very little while on their calving grounds in Mexico, they arrive back in the productive waters off of BC ready to eat.  How a grey whale feeds, however, can sometimes cause confusion or concern for observers.  Grey whales will often feed on tiny organisms (like crab larvae and amphipods) in sandy bottom sediment. To find this prey they will come in very close to shore and feed off the bottom by rolling on their sides, gulping large mouthfuls of mud and straining out the sediment and water through their tough baleen plates. From the surface, it’s common to see the whales thrashing around close to shore, rolling, and surfacing erratically- almost as if they are stranded!  Don’t worry, they are just eating.  Several sighting reports from May described this bizarre-looking foraging to a tee.

4) Strange stranding.  Can you imagine mowing your lawn and looking out to see a small group of Pacific white-sided dolphins stranded on the beach near your house? That is exactly what happened to a fellow living across the road from Oyster Bay, BC in late June.   When a group of four Pacific white-sided dolphins stranded on a sandy beach early in the morning, word spread quickly and about 80 people showed up on the beach to help. Volunteers with the Fisheries and Oceans Canada Marine Mammal Response Network also were on hand to help.  After consultation with the BCMMRN coordinator, the volunteers placed the dolphins back in the water. The cause of the stranding is still unknown. One of the dolphins had what appeared to be teeth marks from a killer whale on its back, and there had been several killer whale reports in the area the days leading up the stranding. It is possible, therefore, that the dolphins were taking refuge in waters too shallow for the killer whales to enter, a behaviour that has been documented before in B.C. Whether this is what happened or not, they were not re-sighted in the bay or along the nearby coast indicating that a re-stranding from injury probably did not occur.  Any dead, injured, stranded or distressed marine mammals should be reported immediately to 1 800 465 4336.

5) Caught on camera.  A set of sightings from a cruise ship passenger came into the Sightings Network in August and reported a plentitude of humpbacks along the coast.  Included with the reports was a set of photos, an important and valued tool to verify sightings! While most of the photos showed feeding and traveling humpbacks, several pictures stood out!  In these photos (all of one encounter), the animal photographed had a distinctive blow.  Instead of the tall, vertical plume of a humpback whale, this animal’s blow shot out to the front and side.  Indeed, the animal captured on film was not a humpback like the rest, but a sperm whale!  Sperm whales are not that rare in BC, but we don’t receive many reports of them at the Sightings Network because they tend to spend time well offshore along the continental shelf and away from the coastal range of most of our observers.   Their distinctive, off-kilter blow is a result of their blow hole being situated on an angle on the left side of their head. Sperm whales can dive for over 90 minutes and to depths exceeding 3km.  After these marathon dives, the animal rests at the surface, recovering from the dive before making another.

6) Holy mola mola! This summer, the Vancouver Aquarium’s cetacean research team spent time along the central coast surveying the area for whales.  In early September, they came across the B7 matriline of northern resident killer whales off the west side of Hakai Pass. While the research crew followed the whales as they slowly meandered along, they ran into a mola mola (also known as an ocean sun fish)! Slingsby (B10), an adult male in the group, detoured to check out the mola mola.  Mola molas probably don’t make for very good eating and Slingsby left it alone after a quick inspection.

Check back in early 2012 for 6 more of our favorite photo sightings from 2011. To all our observers, volunteers, colleagues and funders, thank you so much for your support in 2011! 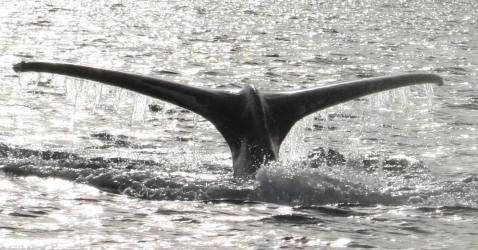 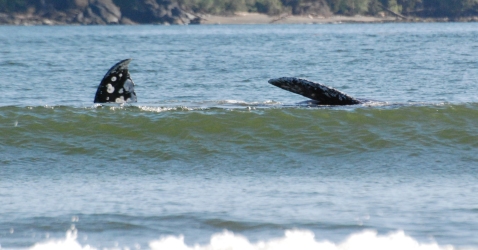 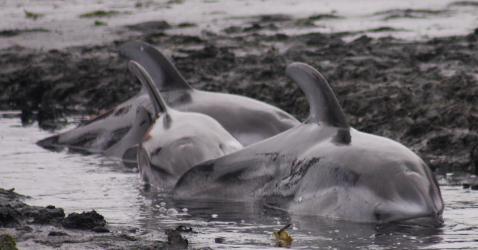 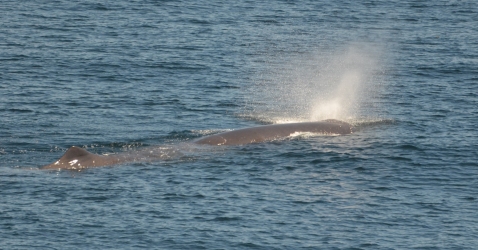 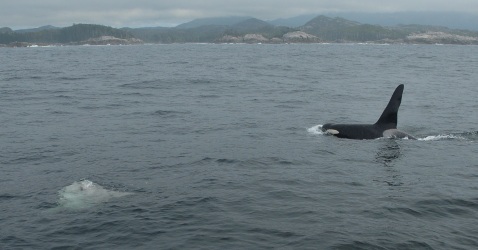