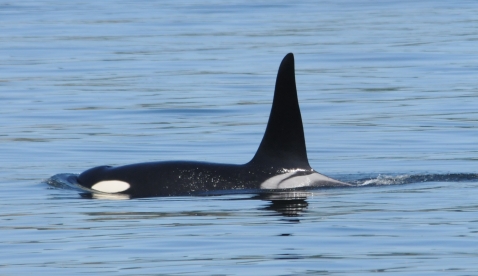 In November 2012, the US National Marine Fisheries Service served notice that it had accepted a petition to delist southern resident killer whales under the US Endangered Species Act (ESA). The petition was filed by the Pacific Legal Foundation on behalf of the Center for Environmental Science Accuracy and Reliability, the Empresas Del Bosque company, and Coburn Ranch. At stake is the control of water formerly used to irrigate fields in California, which have been reverted to coastal rivers in efforts to restore salmon runs. Salmon is the critical prey resource for southern resident, or ‘fish-eating’, killer whales and protecting salmon was mandated to promote their recovery.

The petition set in motion a formal review to re-evaluate all current scientific knowledge informing the legal status of the whales that ply the Salish Sea between Washington State and southern BC. Southern residents were listed as Endangered in 2005 based on ecological, behavioural, and genetic differences between themselves and other killer whales in the North Pacific. The petition asserts that new information on killer whale genetics calls into question the ‘uniqueness’ of southern residents and claims this is grounds for removing the ‘distinct population’ designation which affords the whales their current protection.

The petition cites a variety of studies but leans heavily on a 2010 publication in the Journal of Evolutionary Biology by Pilot and colleagues that suggests male killer whales may occasionally mate outside of their population (e.g. between different resident populations) or even between ecotypes (e.g. between ‘mammal-eating’ and ‘fish-eating’ killer whales). This information has been interpreted by the petitioners that killer whales should be considered a single species and therefore southern residents are not a distinct population. It should be noted that the study authors did not advocate for or against a single species designation. The central conclusion they drew from their data was that it emphasized the social cohesion of killer whales to produce genetic differences between populations despite the capacity for dispersal outside their groups. However, the petition used the results as a basis for their request to delist.
In sharp contrast, a second publication in 2010 by Morin and colleagues in Genome Research, called for the elevation of certain populations of killer whales to full species and many others to the level of sub-species. Not surprisingly, this study received far less little attention in the petition yet both studies were peer reviewed and seem to present valid arguments. Which one is right?

Both studies looked at the genetic history of killer whales from populations around the globe but they did so with different goals and used different approaches. Therefore, comparing the studies is like comparing apples to oranges. The study authored by Pilot primarily looked at relationships between individual whales in the North Pacific. They used a combination of nuclear DNA (inherited from both parents) and mitochondrial DNA (inherited only from the mother) to trace the lineage of specific whales given their ecotype. Their data used a specific section of maternal DNA, the control loop, which is commonly used to delineate species through genetics. Computer programs assigned whales to populations and best estimates for the splits between ecotypes remained at 20,000 – 40,000 years ago.

The study by Morin primarily looked at population level relationships between killer whales instead of individual histories and had a much larger sample size. A new high-capacity genetic technique used the entire maternal DNA genome, instead of just the control loop, and a greater number of nuclear DNA sections were analyzed as well. The additional information revealed that Bigg’s (transient) killer whale ecotypes diverged much earlier than previously thought (~700,000 years ago) followed by further splits between other ecotypes as recent as ~150,000 years ago. They suggested placing Bigg’s killer whales as full species and other North Pacific killer whale ecotypes as separate sub-species pending more nuclear DNA work.

Central to the debate is the definition of a species which is no longer clear-cut. Genetics and evolutionary theory continue to change our understanding of how species differentiate. The biological species concept is changing from the static view that a species is a finite product to one where a species is considered to be in a dynamic, continually evolving state. This is challenging to interpret in the legal world where specific lines need to be drawn.

By initiating a review of the status of southern resident killer whales, the petition has forced administrators and lawyers to juggle evolving scientific concepts with seemingly opposing ‘evidence’ from recent genetics studies. It will be their interpretations of what defines a species and which genetic data best represent southern residents that will ultimately determine whether they continue to be protected under Endangered Species Act legislation in the United States. 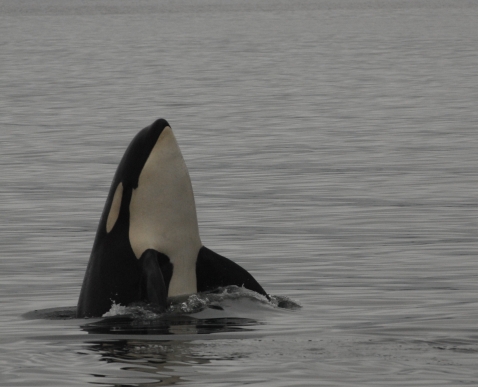 Relatedness among killer whales in the North Pacific is at the core of the current scientific review process.