KC is a young humpback whale, scientifically known as BCY0291. His nickname stands for “Kelp Creature”, bestowed on him after he was noted playing in a patch of bull kelp as a very young whale.  He was born in 2002, to a female known as Houdini (BCX0022).  Each year, almost like clockwork, KC arrives in the Blackfish Sound/Johnstone Strait area off of Northeastern Vancouver Island in the early summer.  This is the area that his mother brought him to as a calf.  He spends several months there, feasting on small bait fish and krill.  KC is known to be an acrobat, heaving his huge body out of the water into spectacular breaches.  These antics made him a cover model- he showed up on the front page of the Courier Islander newspaper a few years ago (see here). We know a lot about KC thanks to the work of the Marine Education and Research Society and their on-going humpback research.

Last week, KC was hit by a boat.

While, fortunately, KC’s injuries seem superficial (at least for now), this incident is not an isolated one and serves to illustrate the growing problem of vessel strikes on the B.C. coast.  Another incident further south in Johnstone Strait made the news earlier this spring (link) when an unsuspecting boater had a humpback surface just in front of his vessel.  The two collided and the boater was badly injured.  The whale was not located again so its fate remains unknown.

The potential for vessel – whale collisions is highest in areas where large numbers of humpbacks overlap with areas heavily frequented by small, fast recreational vessels.  Additionally, at this time of year humpbacks are heavily focused on feeding and may not always be aware of vessel activity around them.  Northeastern Vancouver Island, the area where KC is regularly found, is a prime example of such an area.  Multiple vessel strikes have be recorded in the Strait, including one in 2006 involving KC’s younger sibling.  That young whale disappeared from its mother’s side shortly thereafter and has never been seen again.  It likely did not survive the collision.

Boater education and awareness are key to reducing the incidence of vessel strike.  Humpback numbers were artificially low for many years due to commercial whaling, but the population has rebounded dramatically in recent years.  With humpbacks absent from many areas for so long, boaters may not even consider watching for humpback whales while on the water.  As the busy Labour Day long weekend approaches, help us get the word out to boaters around the coast.

To avoid collisions with large whales:

Be on the lookout for blows at all times.  Large whale blows can often be seen from a long way away.

Be aware that humpback whales may surface unpredictably, sometimes after 5-10 minutes underwater.

Use extra caution when travelling at high speed.

Ask marinas where humpback sightings are frequent and reduce speed in these areas.

If you see a whale flag on a nearby vessel (see right), whales are in the area. Slow down and watch for blows.

If you know of a collision, or see boats driving recklessly around whales, call the DFO Marine Mammal Incident Reporting Line 1-800-465-4336.

Always follow the ‘Be Whale Wise Guidelines’ to give whales and boats the space they need to maneuver.

Download and share the ‘Avoiding Collisions with Humpbacks’ poster, created by our colleagues on the North Island. 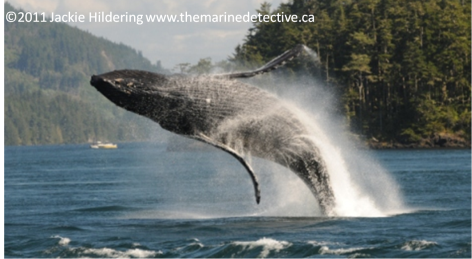 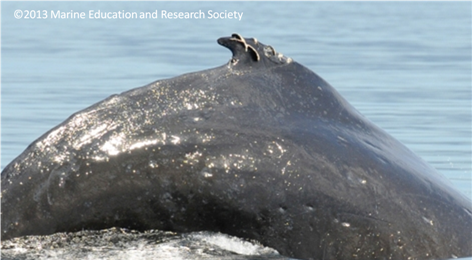 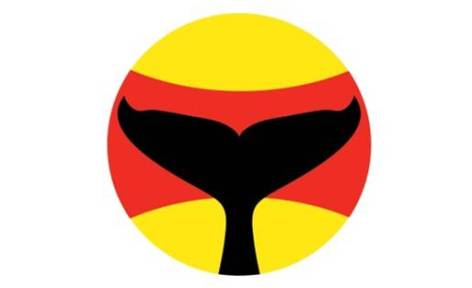 If you see this flag, there are whales in the area. Slow down and watch for blows.