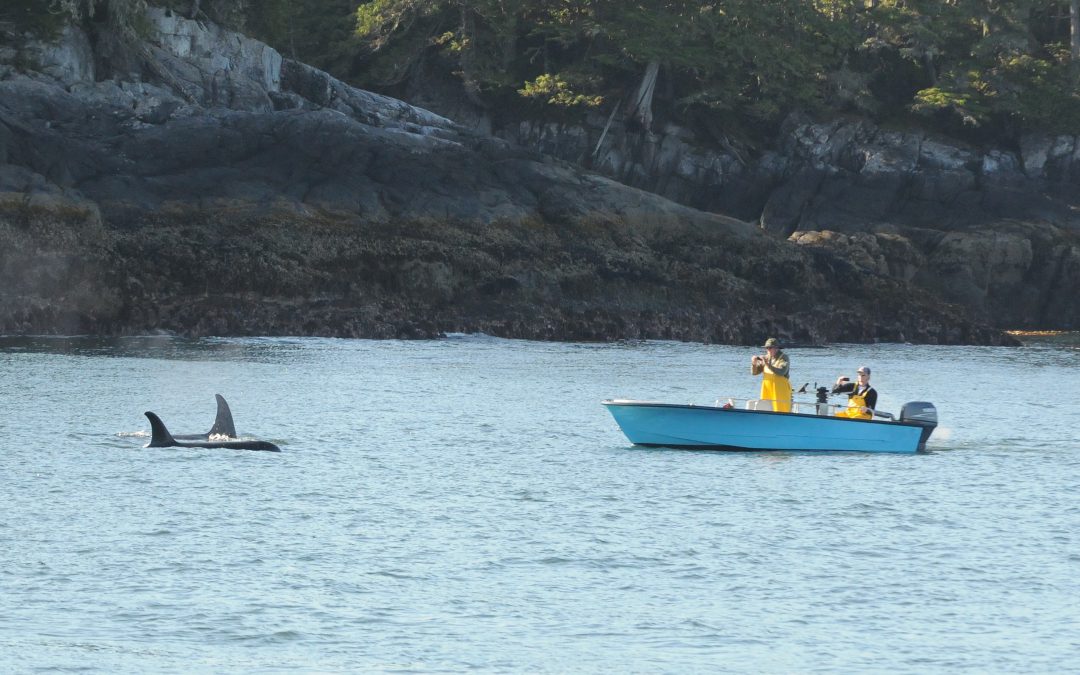 On Thursday, Oct 26th, Federal Fisheries Minister Dominic LeBlanc announced the government’s plan to pass new regulations in the spring of 2018 which would require boaters to stay at least 200 metres away from resident killer whales in Canadian waters.

In British Columbia, the Be Whale Wise guidelines currently state that vessels should stay 100m away from killer whales and other marine mammals; however, these are currently just guidelines and not regulations, which complicates enforcement. Passing this new regulation will improve boater compliance and create trans-border laws that coincide with that of Washington State.

These new boating regulations will help to mitigate the effects of underwater noise and physical disturbance in the killer whales’ critical habitat. Killer whales rely heavily on sound in order to communicate and find food, and the presence of vessels can disrupt social behaviours and negatively impact their foraging success.

LeBlanc’s announcement follows the on the heels of the Southern Resident Killer Whale Symposium, held earlier this month in Vancouver, BC. Symposium delegates agreed that rapid action and drastic changes are needed to save the critically endangered southern resident population, which now numbers only 76 individuals.  LeBlanc stated that he heard the symposium’s message loud and clear: more needs to be done, not just to protect killer whales, but also to aid recovery efforts to boost the population.

LeBlanc ensures that is just the first step in a series of actions that will be applied over the next few months to protect resident killer whales. Additional measures, including the protection of their preferred prey and the reduction of environmental pollutants, will need to be implemented if the southern residents stand any chance of recovery.  Southern residents rely heavily on the dwindling Chinook salmon stocks for the majority of their diet, and the reduction of these stocks has been linked to increased mortality and decreased birth rates.  Environmental contaminants released into our oceans build up in the tissues of killer whales, and have been associated with impeded immune function and reproductive failure.

Although much more work needs to be done if we are to save our southern residents from extinction, these new regulations are a promising first step in the right direction.