Tails from the Crypt: Cryptic Colouration Helps Disguise Cetaceans from their Prey 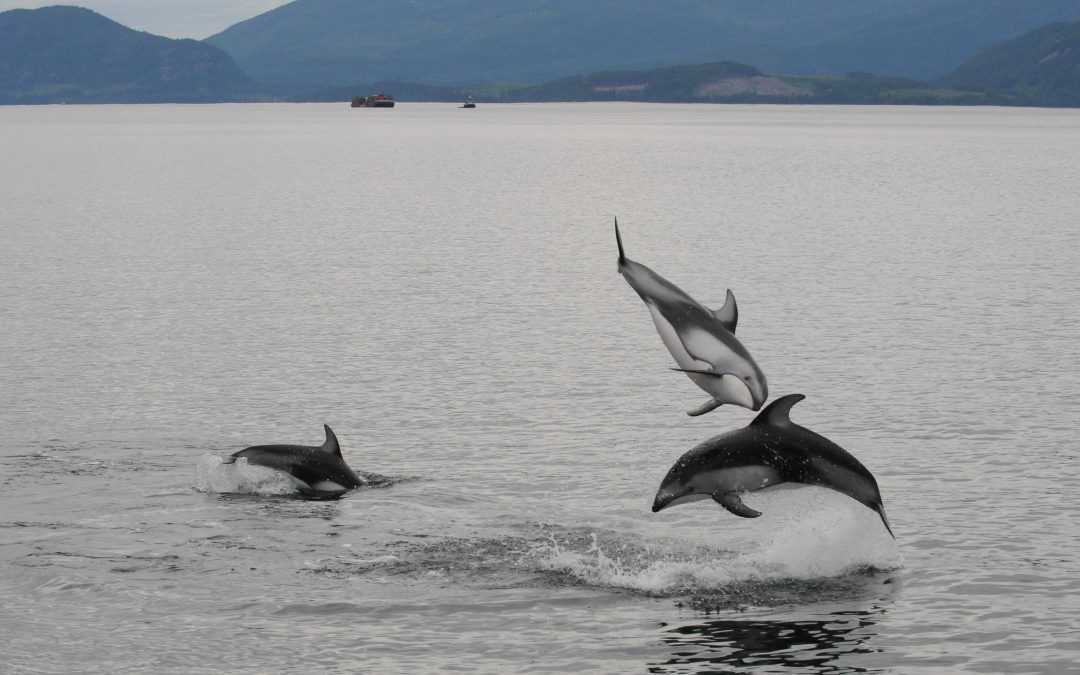 Happy Halloween! I’m sure many of you are getting your Halloween costumes ready for an evening of “foraging” for candy. Humans aren’t the only animals that don disguises in order to obtain food; some cetacean species have developed unique markings to help camouflage them from their prey while hunting!

Killer whales are known for their distinctive black and white patterns. This type of colouration, where an animal is dark dorsally and light ventrally, is called countershading. Countershading helps the killer whale blend into its environment and remain undetected by its prey. When viewed from above, the killer whale blends into the dark background of the ocean’s depths; when viewed from below, the white belly is undetectable against the bright backdrop of the sunlit ocean surface. The killer whale also has other white markings, including an eye patch behind each eye, ventral white patches on each flank, and a saddle patch behind the dorsal fin. These white markings obscure their body outline and break up their large body size, making them look smaller and less menacing to a pinniped or a school of fish. 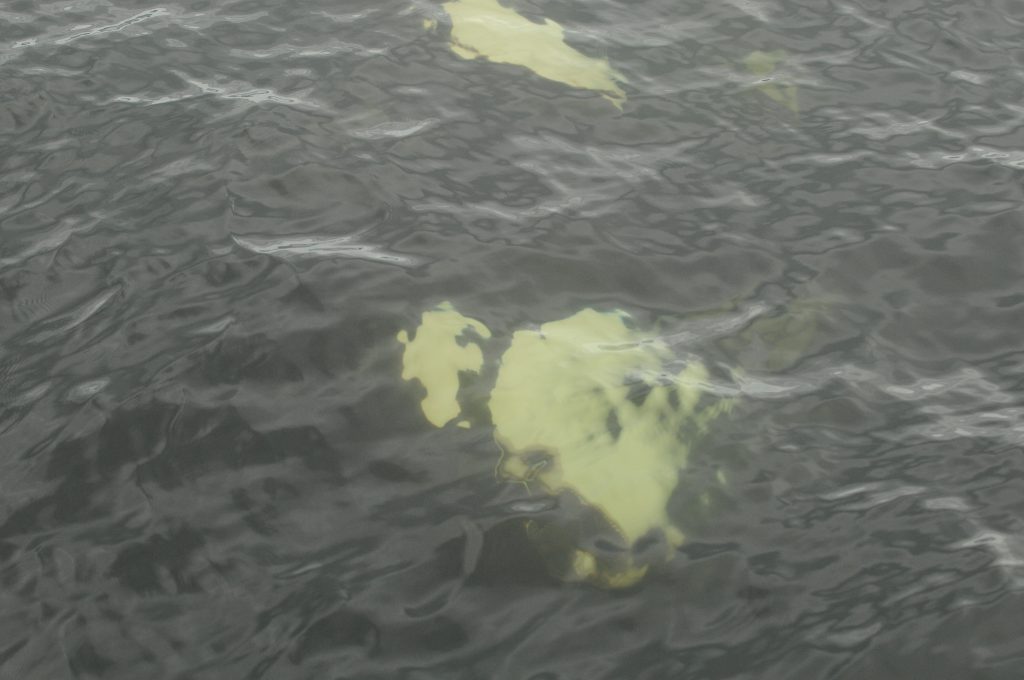 When viewed from above, the killer whale blends in with the dark background of the ocean’s depths. White markings obscure their body outline and make them look less menacing to a school of fish.

Pacific white-sided dolphins also display this countershading pattern. They are dark dorsally and white ventrally, with grey flanks. However, these patterns may not just be to avoid detection from prey. There is evidence to suggest that these stripped patterns function in intraspecific communication (that is, communication between members of your own species). These patterns may allow an animal to determine the degree of rotation of its neighbor while travelling at high speeds, and may help synchronize dives and turns.

Luckily for us, the markings that enable cetaceans to remain undetected by their prey underwater help us differentiate between species! You can learn about how to identify the different cetacean species in BC waters on our Classify page.

From all of us at the BC Cetacean Sightings Network, have a happy Halloween, and remember to report your whale, dolphin, and porpoise sightings!