Slowing Down to Save Whales: Preliminary Findings of the ECHO Program Slowdown Trial 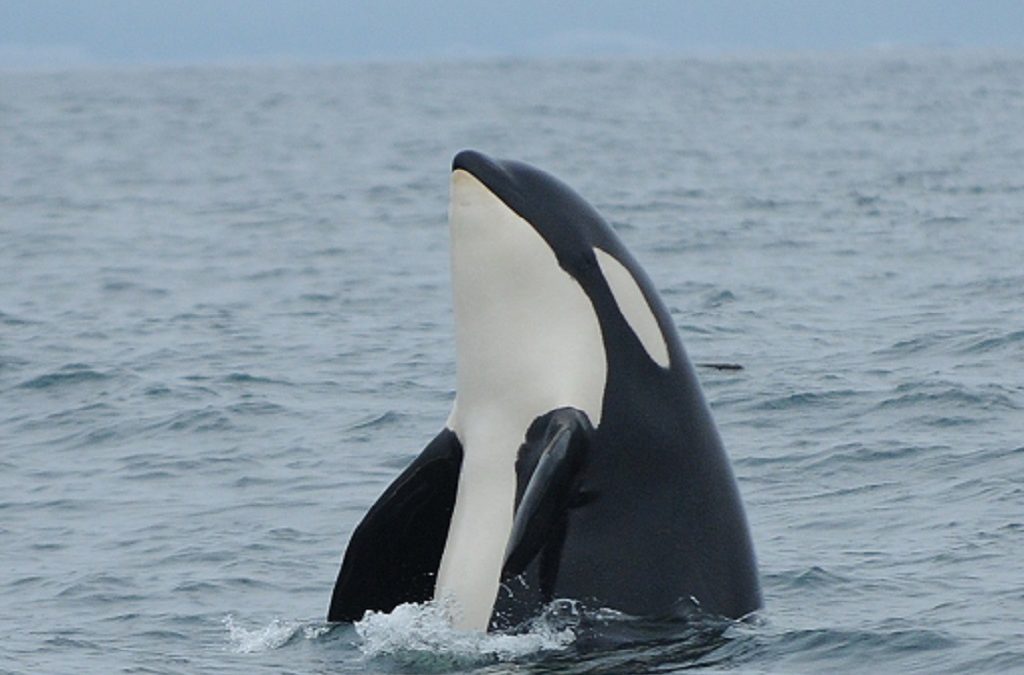 In the North Pacific Ocean, underwater noise has doubled in intensity every decade for the past 60 years1.  In areas of high vessel traffic, killer whale echolocation and communication can be almost completely masked by boat noise2, and can interrupt important behaviours such as foraging, group cohesion, resting, and mating3.  Vessel noise can also increase a whale’s stress level and cause them to avoid certain areas2.  Haro Strait is known to be a key foraging area for southern resident killer whales during the summer months4.  It is also a geographically constrained area with a busy shipping lane, which creates the potential for loss of foraging as a result of vessel noise.  Avoidance of key foraging areas due to acoustic disturbance places additional stress on the endangered southern resident killer whale population, whose survival is already threatened by a reduction in prey availability, environmental contamination, and vessel disturbance5.

In order to determine how vessel noise impacts killer whale foraging behaviour, the Port of Vancouver’s ECHO (Enhancing Cetacean Habitat and Observation) Program conducted a research trial to slow down vessels through Haro Strait. The Port requested piloted commercial vessels to voluntarily slow down to 11 knots while transiting Haro Strait from August 7th to October 16th, 2017.  Previous studies have indicated that slower ships are quieter; a one knot reduction in vessel speed may result in one decibel reduction in vessel noise6.  The trial aims to better understand the relationship between vessel speed and sound, the effects of reduced speed on the total underwater ambient noise in critical killer whale habitat, and the potential benefit that reduced speed might have on killer whale foraging behaviour.

To analyze the potential noise benefits achieved by slower speeds for different vessel classes, two hydrophones were deployed in the shipping lanes in Haro Strait to directly measure the acoustic signature of passing vessels and compare noise levels before, during and after the trial. Monitoring of total ambient underwater noise was conducted at the Lime Kiln hydrophone off San Juan Island, which serves as an indicator of potential received noise levels by killer whales in this important foraging area. Comparison between trial and non-trial months will identify important factors affecting ambient noise levels. Visual observations and acoustic detection will be used in conjunction with a computer model, developed by JASCO Applied Sciences, in order to analyze the relative change in southern resident killer whale behavioural response.

Preliminary results of the trial suggest that speed reduction is an effective method for reducing vessel noise. Approximately 60% of piloted vessels participated in the slow down trial.  On average, vessels reduced their mean speed by 2.2 to 5.8 knots, resulting in a 4.9dB to 9.3dB reduction in vessel noise.  Every 3dB reduction reduces sound energy by 50%, so this represents a significant improvement!  Slowing speed by 40% reduced noise emissions by approximately 10dB, and this relationship is even stronger at 15kHz, the echolocation frequency of killer whales.  During the trial, there was a 44% reduction in ambient noise levels when a vessel was within acoustic detection range (6km) of the Lime Kiln hydrophone. These initial findings support speed reduction as a promising mitigation measure to help reduce underwater noise in the Salish Sea. The next steps will include a fine scale analysis of changes in ambient noise levels and behavioural modeling of killer whale response.  Stay tuned for more updates in March 2018, when the final results are anticipated!