It was a story of heartbreak heard around the world: J35 (Tahlequa), a member of the endangered southern resident killer whale population, made international headlines in 2018 when she carried her dead calf for over two weeks. Unfortunately, the plight of this whale and her family members is far from over.  Experts worry that J35 may be at risk of losing her mother, J17 (Princess Angeline), before next summer. 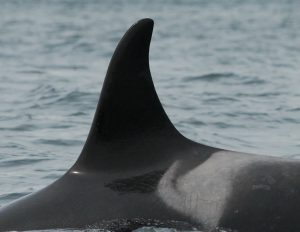 In a Seattle Times Article, Ken Balcomb, founding director of the Center for Whale Research, said photos taken of J17 on New Years Eve are showing the telltale signs of starvation, a loss of fat around the head and neck known as “peanut head”.  (See the photo here).

Another southern resident also appears to be in dire straits. K25, 27-year-old male, lost his mother K13 in 2017 and does not appear to be successfully foraging on his own. Drone photography this summer showed K25 to be noticeably thinner, and photos taken of him again this winter show no improvement, according to Balcomb.

J17, a 42-year-old female, and K25 are both of reproductive age. Losing these viable individuals would be devastating blow to the already critically endangered southern resident killer whales, which are now at 35-year low of 74. In contrast, the northern resident killer whales, who spend the majority if the summer in remote Johnstone Strait on northern Vancouver Island, have seen a steady population increase.  The northern residents gave birth to 10 new calves last year, bringing the total population estimate to 309.

Southern resident killer whales, who occupy the highly populated waters around southern Vancouver Island and Puget Sound, face a barrage of threats including vessel disturbance, limited availability of preferred prey (Chinook salmon) and high levels of toxins and contaminants. The availability of Chinook salmon is believed to be the greatest factor in Southern Resident health, but ocean conditions and poor river migration, with warm water and low flows, have adversely affected Chinook salmon returns in the past several years. Drone photography taken this past September showed that southern resident killer whales went into the winter thinner than they were when the whales arrived in the San Juan Islands last summer.  They have also not had a successful pregnancy in three years.

“The biggest challenge these animals are facing is simply getting enough to eat”, said Dr. Lance Barrett-Lennard in an interview with CBC. “The challenge in the longer term, of course, it to rebuild Chinook salmon populations, and unfortunately that’s a really long, slow process.”

Despite this harrowing news, Barrett-Lennard still has hope for the endangered whales. “I think if we can just stabilize the population, it does have some reasonable chance of recovering.  We just have to get on with it, and I think the next couple of years will be very critical.”

The Government of Canada recently announced a list of measures to further protect southern resident killer whales, along with an allocation of $61.4 million for their implementation. Measures include identifying and protecting new areas in the Salish Sea, expanding and formalizing vessel slowdown areas, and developing and implementing Noise Management Plants.  The government also plans to enhance regulatory control over organic pollutants that affect southern residents and take steps to ensure the protection and recovery of Chinook salmon stocks.  Last month, two new areas off Vancouver Island were designated as protected critical habitat for resident killer whales by the Canadian government. The amount of protected habitat was increased from about 6,400 square kilometres to roughly 10,700 square kilometres. 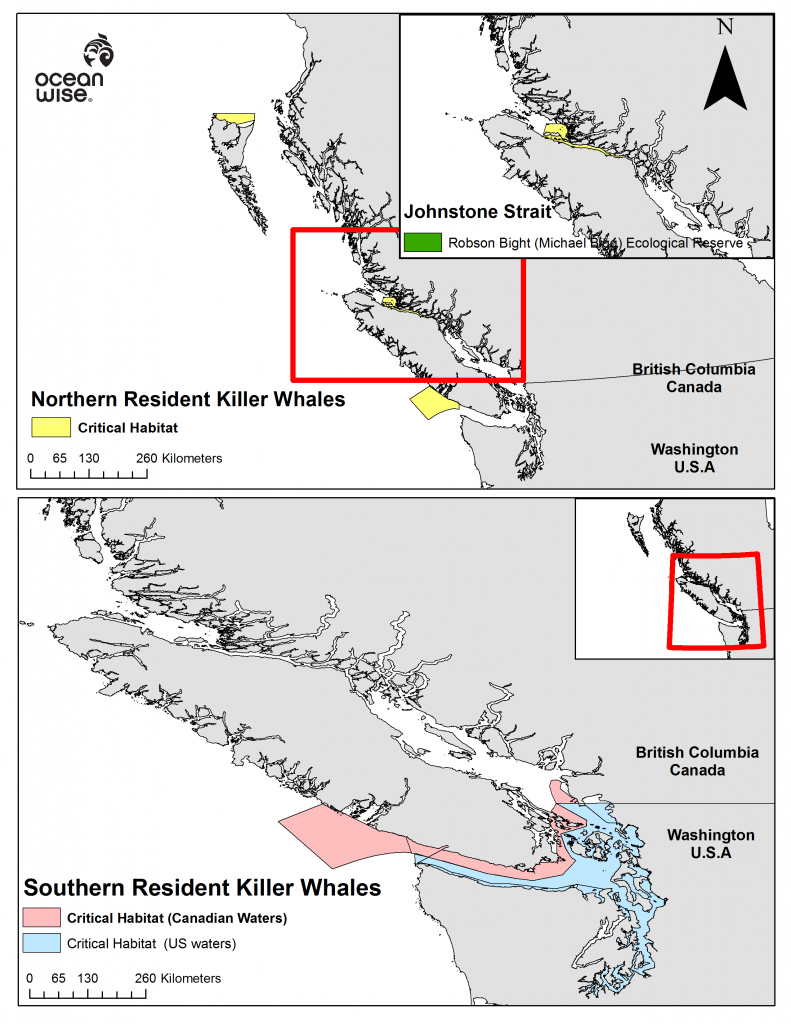 The B.C. Cetacean Sightings Network recently launched the WhaleReport Alert System, a tool that broadcasts pertinent details of whale presence to large commercial vessels.  Information on whale presence is obtained from real-time observations reported to the B.C. Cetacean Sightings Network via the WhaleReport app.  The alerts inform shipmasters and pilots of cetacean occurrence in their vicinity.  This awareness better enables vessels to undertake adaptive mitigation measures, such as slowing down or altering course in the presence of southern resident killer whales and other cetaceans, to reduce the risk of disturbance and collision.

How can you help the southern resident killer whales? 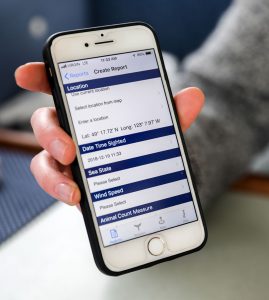 Report your sightings of killer whales using the WhaleReport app.  Real-time sighting reports are used to inform large commercial vessels, such as freighters and ferries, of whales in their vicinity to reduce the risk of disturbance and collision.

Be Whale Wise!  Follow the Be Whale Wise guidelines and regulations while watching whales on the water to reduce disturbance on these animals.   All boats, both commercial and recreational, should stay at least 200m away from killer whales.

Clean up our shorelines!  Garbage in the ocean is bad news for all marine life, including killer whales and their prey.  Help reduce marine debris by participating in the Great Canadian Shoreline Cleanup each September.

Make your home and garden whale-friendly! Every time you dump toxic household cleaning products down your sink, use pesticides in your garden, or improperly dispose of toxic materials, you are contributing to the pollution affecting the health of killer whales. Choose to garden organically, buy biodegradable and green cleaning products and learn more about properly disposing of any toxic materials through your municipality’s waste disposal program.