New Insights into Habitat use by Resident Killer Whales in B.C. 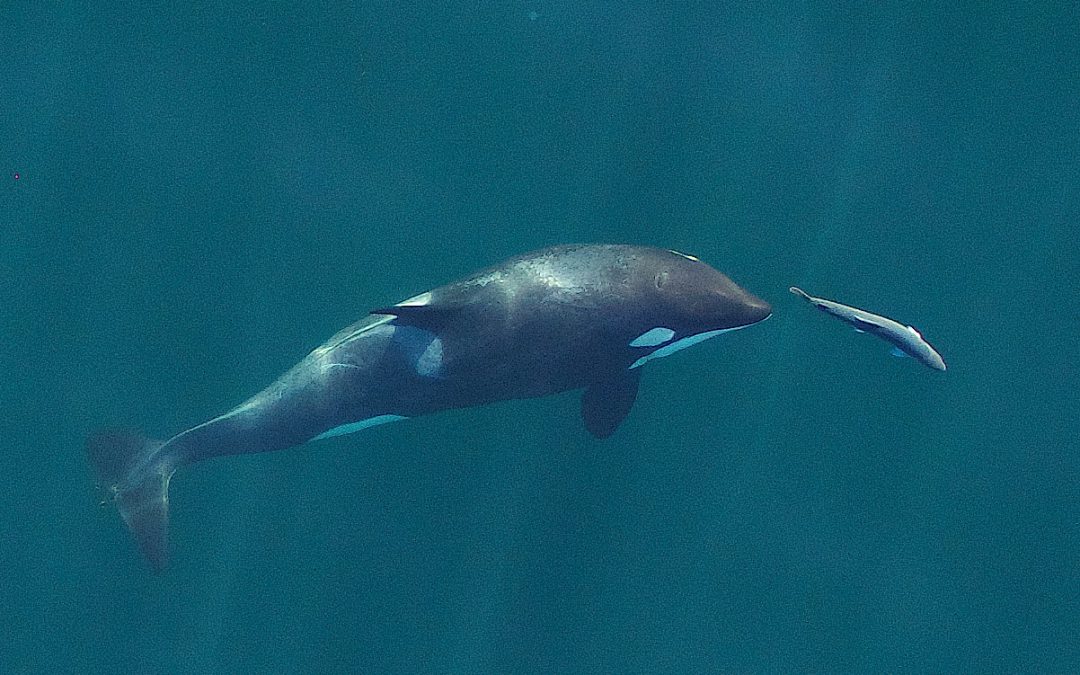 A recent study by researchers at the University of Victoria and Fisheries and Oceans Canada (DFO) using a technique known as Passive Acoustic Monitoring (PAM) has revealed new insights into resident killer whale habitat use off the southwest coast of Vancouver Island.

Three different assemblages or ecotypes of killer whales are found in the coastal waters of the northwest Pacific: fish (primarily Chinook salmon)-eating residents, marine mammal-eating  Bigg’s (transients), and fish-eating offshores (suspected to specialize in shark predation).   These ecotypes  differ genetically, morphologically, behaviourally, ecologically, and acoustically. Inhabiting the waters off British Columbia is two populations of fish-eating resident killer whales: northern residents and southern residents, listed as threated and endangered respectively under Canada’s Species at Risk Act (SARA). Resident killer whales live in matrilineal family groups known as matrilines. Closely related matrilines often travel together in groups known as pods. A higher level of social structure, known as clans, are composed of pods which share a portion of their call repertoires. Put simply, “an acoustic ‘clan’ is a group of pods with related dialects” (Riera et al., 2019, p. 222). The northern resident population is comprised of 3 clans – A, G, and R – while the southern residents consist of a single J clan. Killer whales are uniquely suited for PAM, a technique that uses an underwater hydrophone to detect sound, as each ecotype has distinct acoustic vocalizations and can be reliably identified through their calls.

Resident killer whales spend a lot of time in the inshore waters of the Salish Sea – which comprise designated critical habitat for the whales – foraging for salmon during the summer and fall months. Little is known about where they venture when not encountered in these sheltered coastal waters.

Swiftsure Bank, located west of the entrance to Juan De Fuca Strait, is a highly productive area particularly for Chinook salmon – the primary prey of resident killer whales. The area has been suggested an important feeding ground for resident killer whales and despite there being relatively little survey effort in the area, reported sightings are relatively high. As part of a suite of management measures implemented by DFO earlier this year, the area has been designated an ‘Interim Sanctuary Zone’. Vessel traffic is prohibited in the area from June 1 to October 31 in an effort to enhance conservation efforts of the southern residents. 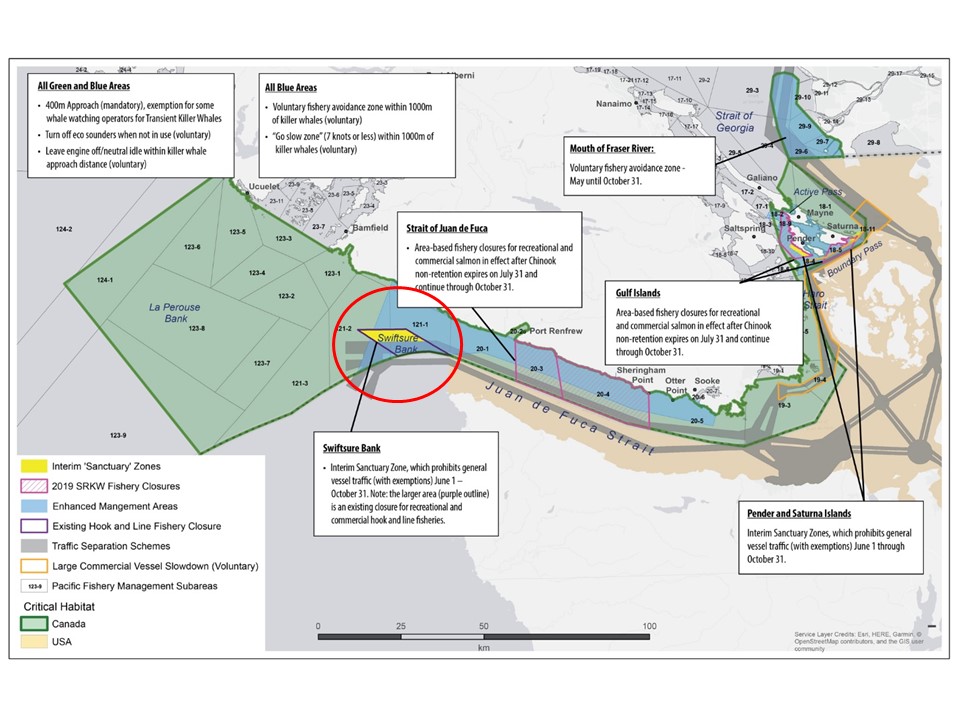 The primary threats to resident populations have been identified as a reduction in of prey availability, vessel disturbance and noise, and ocean contaminants. In particular, the southern resident population contains just over 70 individual whales and is in need of strong conservation actions for their protection. The identification and protection of such a critical area could go a long way in terms of ensuring southern residents have a peaceful place to forage with plenty of fish.

You can read the full publication here.

Wondering what you can do to help? You can help cetacean populations in our local waters by reporting your sightings to the BC Cetacean Sightings Network using the WhaleReport app, and by symbolically adopting a killer whale through the Wild Killer Whale Adoption Program.