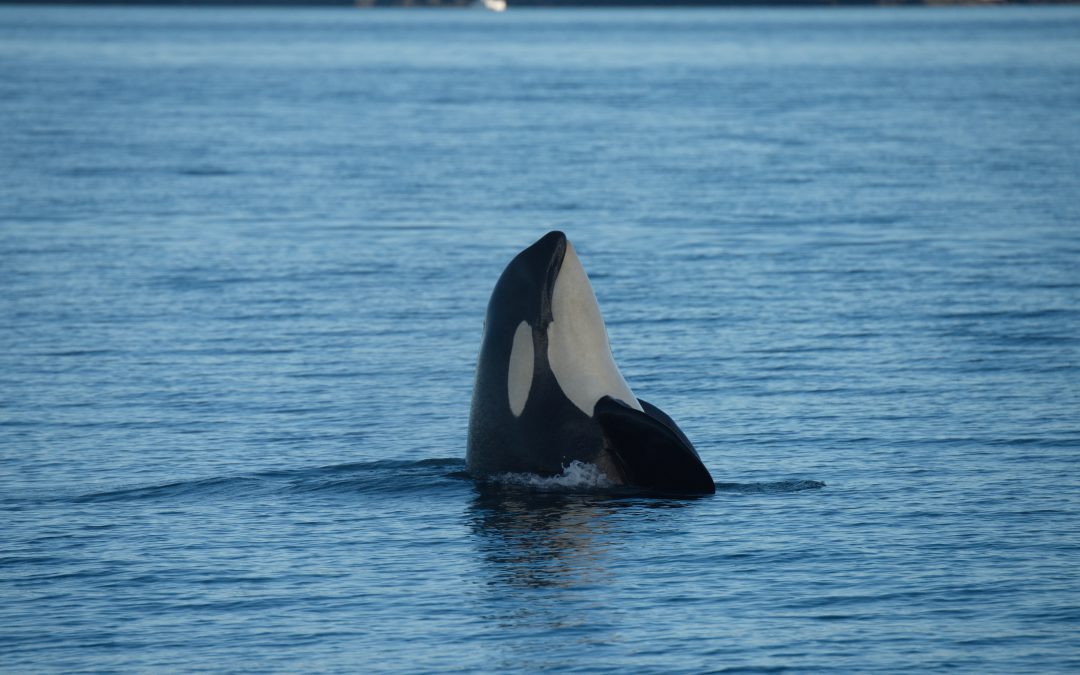 This summer, three members of the southern resident killer whale population went missing and are presumed dead. No one has seen them in months, despite widespread monitoring efforts.

This leaves the endangered southern resident population at just 73.

This news serves as an alarming reminder that the southern resident killer whales are on the brink. One major threat to these animals is a reduction in prey availability, namely Chinook salmon – which comprises over 80% of their diet – in the core waters of their Critical Habitat: Puget Sound, Georgia Strait and the inland reach of the Strait of Juan de Fuca. 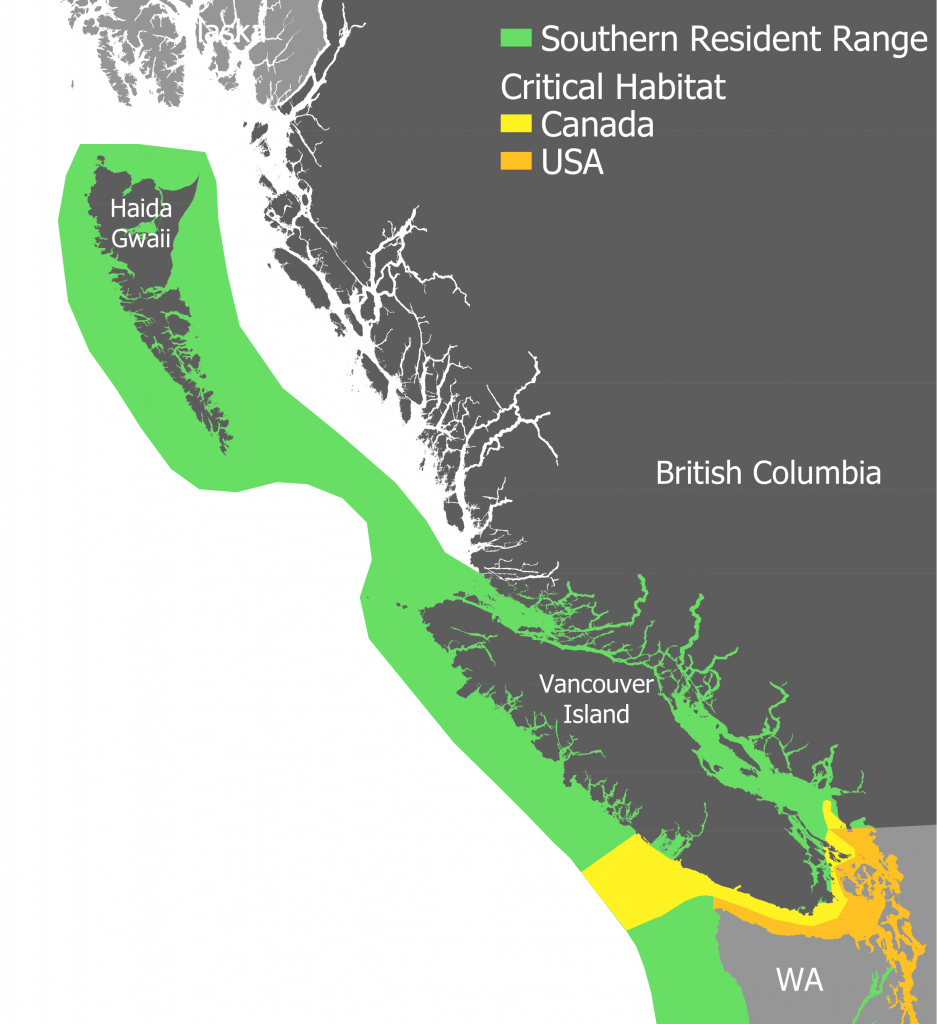 Notably among the recent missing whales is J17 (Princess Angeline) (J17) Last year, J17’s offspring, J35 (Tahlequah), made international headlines when she carried her dead calf for over 17 days. J35’s “marathon of mourning” ended in August 2018, after she pushed her calf’s carcass more than 1,500 km – keeping it afloat as she travelled with her pod. Resident killer whale families are matrilineal; the female (matriarch), her sons, daughters, and their offspring, stay together for life. These older, post-reproductive matriarchs play an important role by teaching younger family members how to hunt and find food, meaning the loss of J17 is particularly concerning for J Pod. 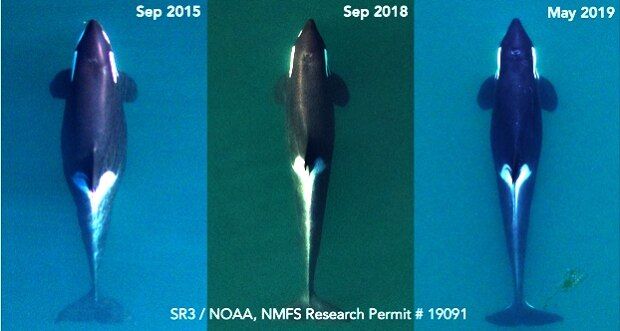 K25 (Scoter) and L84 (Nyssa) were also declared missing at the beginning of this month. At just 28 and 29 years old, respectively, both males were at prime reproductive age. K25 was spotted in poor body condition last winter, according to the US-based Centre for Whale Research. In turn, L84 was the last of a matriline of eleven whales, ten of whom died previously. 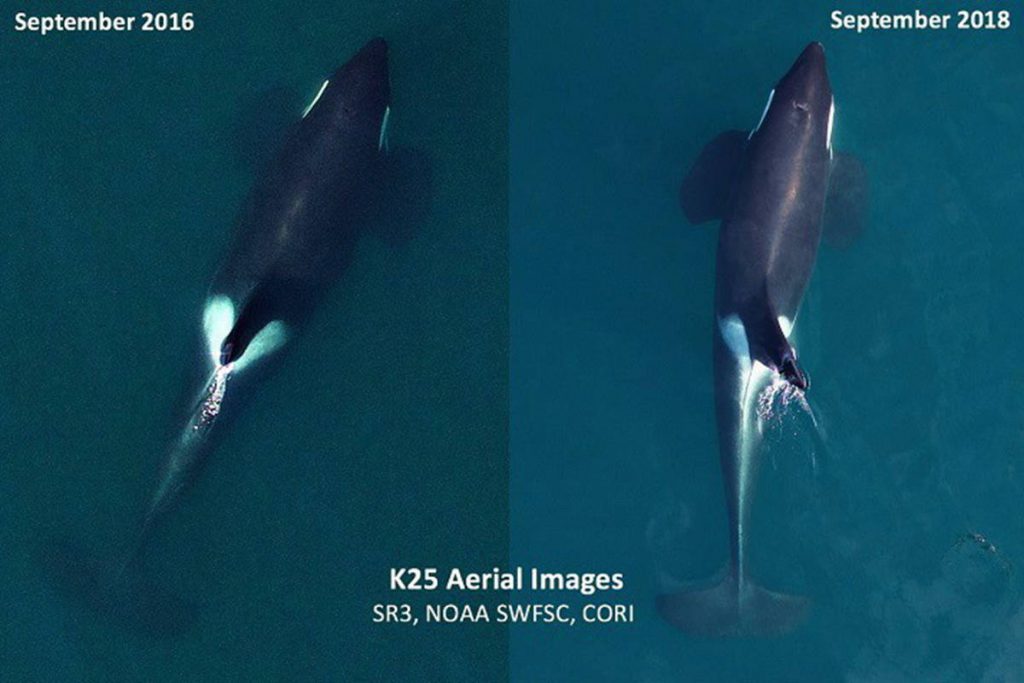 A reduction in prey availability isn’t the only threat facing these apex predators.

Killer whales inhabit busy fishing lanes, and often encounter recreational boaters, ferries and other commercial activities. Underwater noise from vessel traffic masks and interferes with their echolocation clicks, used to navigate and hunt prey, and their communication calls. According to a recent study, ocean ambient noise has increased up to 15 decibels in the past 50 years because of marine transportation and other human-related activities, inhibiting whales’ ability to communicate with each other.  For the southern resident killer whales, vessel noise combined with the limited availability of Chinook salmon adds to the challenge of finding food. 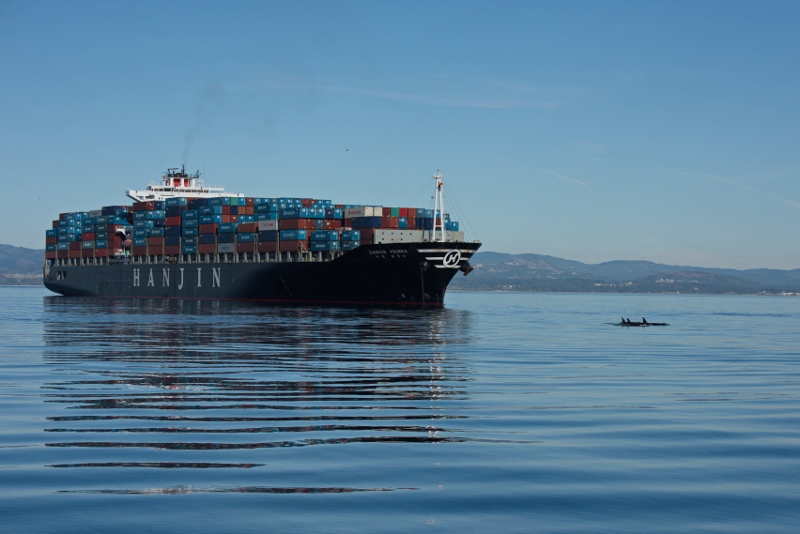 Scientists have also identified ship strikes and exposure to toxic contaminants as major threats affecting the recovery of southern residents. Accumulation of contaminants in killer whales, like dioxins, PCBs and DDT, enter the oceans through industrial and agricultural runoff. As they accumulate in the fatty tissues of marine animals, these contaminants could affect their health and particularly, their ability to reproduce and fight off disease.

How can you help?