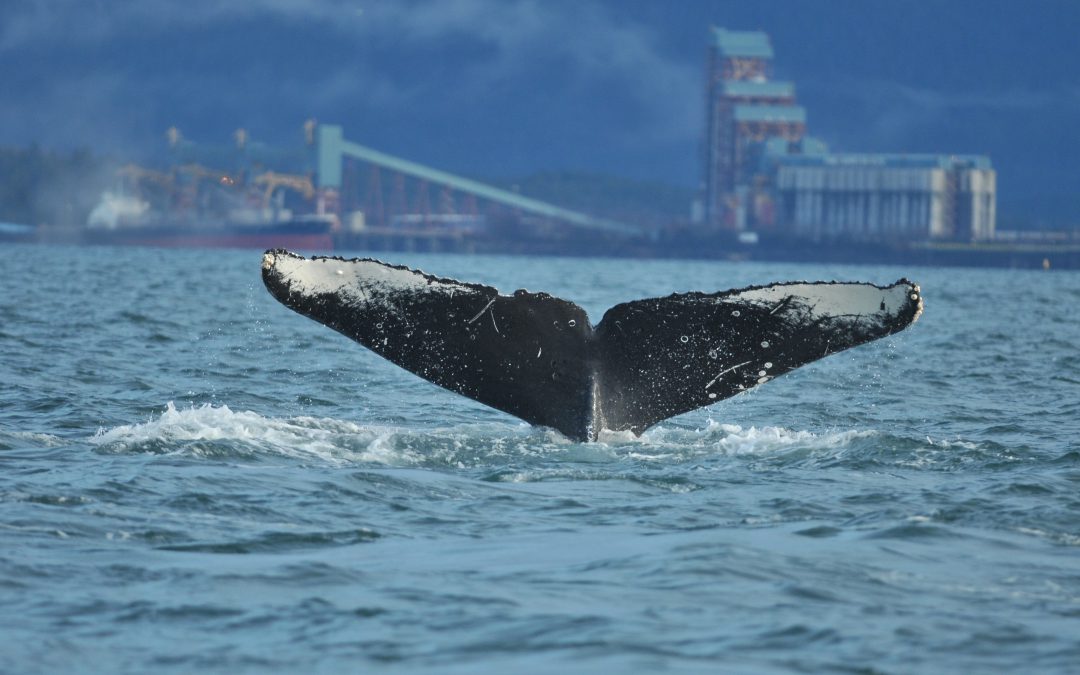 With a final exhalation, a humpback whale arches its back high into the air and slowly lifts its tail out of the water.  It’s at this point that our itchy trigger fingers spring into action, as we snap a series of photos of the flat underside of the whale’s flukes when they align perpendicular to the water’s surface before slipping below on a long dive. 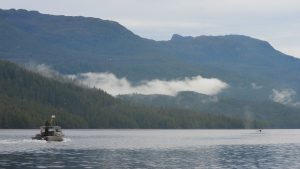 Like a human fingerprint, the tail flukes of each humpback whale are unique.  Used by researchers throughout the world, this technique of taking photographs that document the specific markings, shape and colouration of each fluke help to individually identify each animal.  Being able to uniquely identify whales is key to monitoring and understanding the fluctuations in distribution and population of these whales.

In 2014, when our North Coast Cetacean Research Initiative began in Prince Rupert, we started opportunistically collecting photographs of humpback whale flukes we encountered.  Thanks to many days of field work and many contributors, the number of photos has grown into a catalogue!

This summer, we released the first edition of the “Humpbacks of the North Coast”, an identification catalogue documenting the different whales encountered in Chatham Sound and surrounding areas between 2014-2018.  162 individuals are included in the catalogue. 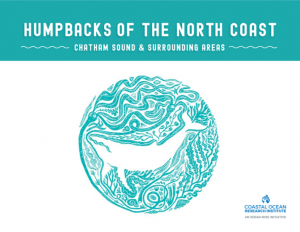 Each whale in the catalogue is represented by a photo of its tail fluke and assigned an alphanumeric identifier.  Up until 2013, humpback whales on the BC coast were catalogued by Fisheries and Oceans Canada.  As such, many of them already have identification numbers.  Their prefixes “BCX, BCY, BCZ” refer to the amount of white/black on their flukes.  Identifiers that include “UKNC” indicate whales that did not have names assigned by DFO previously.  UKNC represents “Unknown North Coast”.

The whales are each given a nickname as well.  Nicknames are given based on what can be seen in the pattern on the flukes, a little like a marine Rorschach test.  For example, “Portobello” has a white mushroom on their right fluke, and “Mouse” has a black spot that looks like a small rodent on their left fluke.  These nicknames are more fun and engaging, but more importantly, easier to remember while working in the field.

Our North Coast catalogue is not only an important tool for our research and those working locally but is also contributing to several larger projects. A number of NGOs created local catalogues after the coast-wide effort by DFO suspended in 2013.  An inter-matching effort between catalogues was established in 2018 to understand distribution and movement of these animals in B.C.  Further, by collaborating on an international research project, we are contributing to understanding movements and non-calf survivorship in the greater North Pacific.

The North Coast catalogue is now available for free download on wildwhales.org.  Updates (with new whales) will be added each winter.  You can contribute your humpback whale fluke photos from this region by emailing [email protected]!

Special thanks so Leya Tess Anderson for the layout, design and illustration