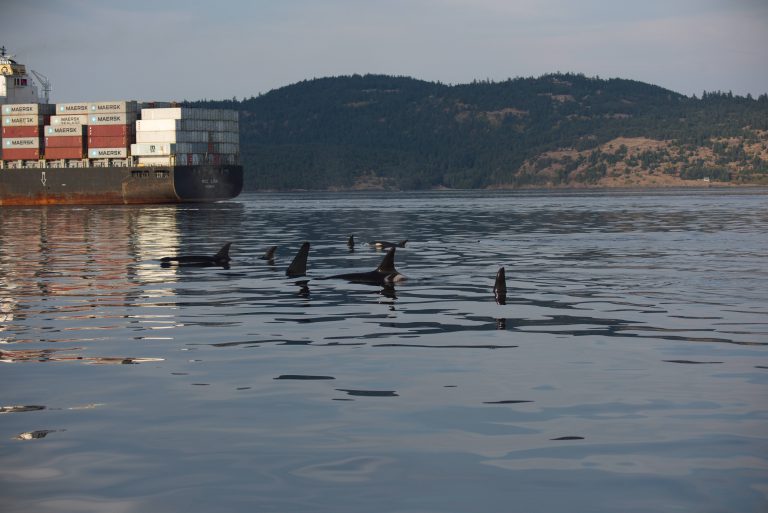 Stress. You’ve experienced it in one form or another, whether you were late to catch your bus, ran into a bear in the woods, or were overwhelmed by a pandemic. Stress affects all species and can play a pivotal role in the overall health and fitness of an individual and population.

All animals, humans included, face various threats throughout their lives — such as predators, disease, disturbance, food shortages, and aggression resulting from competition. Not surprisingly, most species have evolved ways to anticipate many of these threats, or stressors, and to ready themselves to respond to them. In a stressful situation, an animal modifies both its internal physiology and behaviour in attempt to reduce the intensity of the stressor. This usually starts with the release of adrenaline and cortisol hormones into the bloodstream1. These chemicals prepare the body for a “state of emergency” by increasing heartrate, respiration, and blood pressure while suppressing the digestive system, reproductive processes, and immune function1,2. At this point, the animal can fight, flee, or possibly hide from the stressor, and in the former two cases may reach a point of exhaustion that can, in worst case scenarios, lead to death1. By subduing essential processes, these stress-induced reactions can have both acute (short-term) and chronic (long-term) effects at both the individual and population level. To effectively mitigate threats and protect at-risk populations, it is essential to identify what environmental stressors are impacting a population and understand how stress affects populations over time.

Two populations of fish-eating resident killer whales, southern residents and northern residents, occupy the waters off the west coast of Canada and feed on returning runs of Chinook salmon. Environmental stressors such as a reduction in prey availability and/or quality due to overfishing, toxic contaminants, and disturbance from underwater noise and vessel proximity threaten the health of both populations. Increased mortality3 and reduced birth rates and calving success4,5 have been observed in both populations when the whales are nutritionally-stressed following years of low salmon returns. Being apex predators, killer whales receive high contaminant loads from their prey, which build up within their blubber (fat). During periods of reduced prey availability, fat stores are metabolized for energy, releasing high concentrations of stored contaminants into the whale’s already nutritionally-stressed body6. These pollutants affect the reproductive, endocrine, and nervous systems and increase an individual’s susceptibility to cancer, pathogens, and diseases. Prey shortages are further exacerbated by underwater noise, which masks echolocation and reduces foraging efficiency. Acoustic disturbance can also increase a whale’s stress level and cause them to avoid key foraging areas. All of these environmental stressors reduce the populations’ ability to forage and reproduce, affecting their ability to recover.

There has been growing concern for the endangered southern resident population, currently at 72 whales, which has continued to decrease over the past decade while the threatened northern resident population, approximately 300 individuals, has been steadily increasing. Both populations face threats that are similar in nature, but quantifiably different in magnitude. Since they both feed on the same species, the answer is not simply prey preference but has more to do with prey availability and foraging opportunities. Many critical southern resident foraging areas are located in urbanized coastal areas, exposing them to greater amounts of vessel disturbance and increased noise levels, toxins, and fishing pressure than their northern counterparts. Examining indicators of stress in individuals can help clarify the origin and level of environmental stressors on each population and provide insight into the underlying reason for decreased fitness in southern residents. 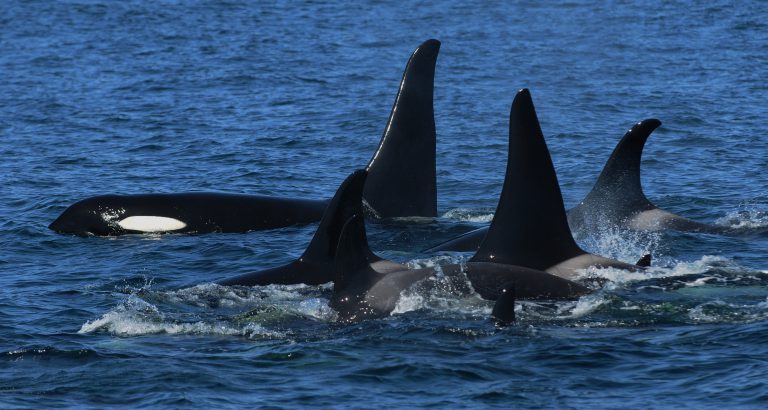 Ocean Wise researchers use fecal (poop) and genetic samples to detect both current and past stress and examine the origin of stressors in resident killer whales. Fecal samples provide a snapshot of the  physiological stress an individual has endured (read more about fecal sampling here). Back in the lab, samples are analysed for relative concentrations of cortisol and thyroid hormones and genetically analysed to identify the individual animal the sample came from (read more about this process here). Concentrations of hormones can indicate short-term and chronic disturbance-related stress, as well as prolonged periods of nutritional stress. Genetic samples are also used to examine the inherent (genetic) vulnerability of populations and the impact of stressors on immune function. Chronic stress, such as prolonged periods of food shortage, can affect what genes are expressed and these changes in gene expression can be passed down through generations. Ocean Wise and Saint Mary’s University PhD student Carla Crossman is studying these so-called epigenetic effects to determine how stress experienced by individuals in the past is affecting the fitness of the population today. Additionally, by examining gene diversity at the major histocompatibility complex (MHC), a group of genes that helps control immune function, we can assess an individual’s ability to fight off environmental pathogens to determine the potential resiliency or vulnerabilities of the population. Our researchers hope to shed some light on the environmental stressors that affect resident killer whale recovery and better understand why one population is doing better than the other.

How can we reduce stress on killer whales? The good news is that Canadian whale watching regulations are changing and new and more extensive management measures are being introduced to try and reduce stress on the whales, but more can be done. By following the Be Whale Wise Guidelines and giving the whales the space they need, eating only Ocean Wise-recommended Sustainable Seafood and understanding how to protect our oceans from all forms of pollution, we can help these populations flourish again.

To learn more about how you can support our killer whale research by symbolically adopting a killer whale through our Wild Killer Whale Adoption Program, please visit www.killerwhale.org.