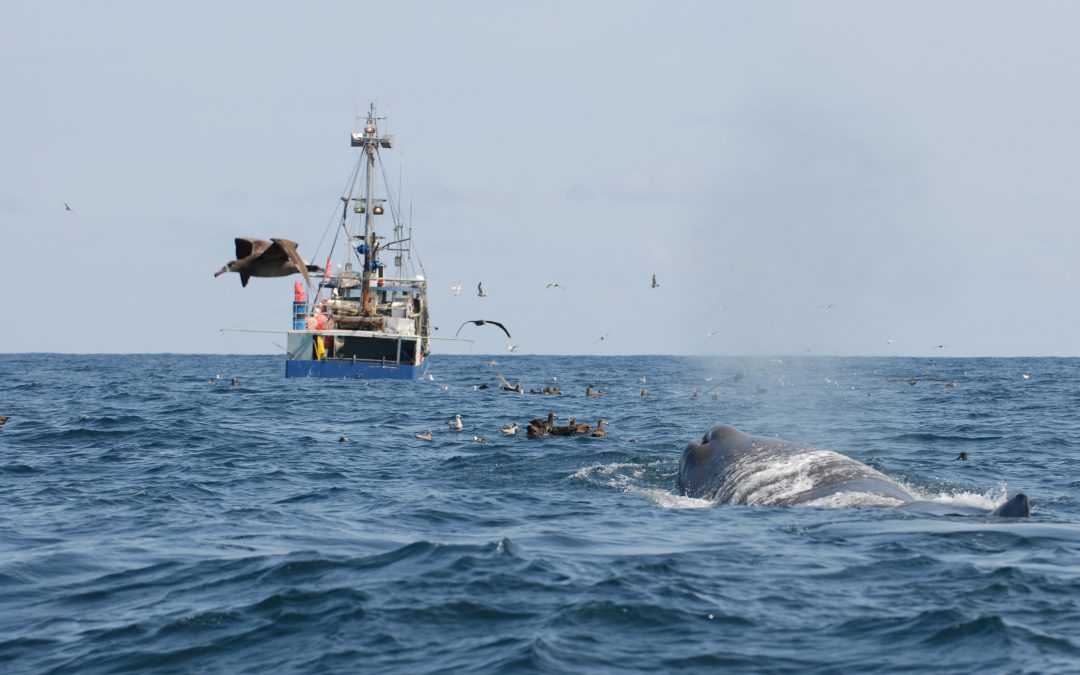 Two new resources were developed this year by Ocean Wise for fishermen to address the issues of whale depredation.

If a marine mammal has ever stolen your fish, you know how frustrating the experience can be. Conflicts between marine mammals and fishermen are on the rise, and we’re not just talking seals and sea lions. An emerging problem in British Columbia is depredation – the removal of fish from fishing gear – by killer whales and sperm whales. Depredating whales mainly target commercial longline and troll vessels, pursuing Chinook salmon, sablefish (black cod), and Pacific halibut, but they are also known to follow sports fishermen (Watch). Although depredation in B.C. is not at a critical level yet, it is damaging to many fisheries around the world.

Toothed whales, including killer whales, are highly intelligent, social mammals, capable of learning complex behaviours. This means that once a feeding behavior like depredation is learned by one or two individuals, it can spread quickly to an entire group or population. In practice, this means that depredation levels can go from zero to widespread in just 5-10 years. Thousands of dollars in fish are lost and all fishermen can do is watch and pull up empty, sometimes damaged hooks.

Incidents of depredation by killer whales and sperm whales along the coast of B.C. appears to be increasing. It is most common in the early part of the fishing e season, when the whales’ usual prey is least abundant. Chinook salmon are the most depredated species followed by sablefish and Pacific halibut. So far, most reported incidents occurred on the north mainland coast and around Haida Gwaii.  Depredating whales in B.C. typically do not follow or stay near fishing vessels, but instead take fish opportunistically as they are transiting through an area; however, some fishers report whales following vessels over many hours and significant distances.  Given that adult killer whales consume about 200,000 calories a day, it is unsurprising that these whales are capitalising on the efforts of fishermen! 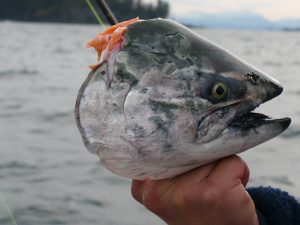 Depredating whales targeting longline and troll vessels reduce the total amount of fish caught, decrease the accuracy of fish stock assessments, increase operating costs (extra time and fuel, and damage to gear) and damage gear. Whales are at greater risk of vessel strike, entanglement, conflict with fishermen, and may alter their foraging strategies.

In neighboring Alaska, depredating killer whales and sperm whales are a major problem, causing substantial economic losses to fishermen operating longline vessels. These observations of depredation date back to the 1970’s and incidents have steadily increased while spreading across the region. Killer whales depredating longline fisheries in the Bering Sea stalk boats for miles, reducing overall catch rates by up to 30% and individual longline sets by up to 100%, making some productive fishing grounds entirely unusable.

It’s all in the Technique

Both sperm whales and killer whales have very good underwater hearing and they use echolocation to help them acquire information about their environment. Generally, whales rely on hearing more than they do on vision and can distinguish the sounds of different vessels and certain activities (such as hauling gear). Thus, it is very hard for a vessel to hide its activities from whales.

Acoustic studies conducted by the Southeast Alaska Sperm Whale Avoidance Project (SEASWAP), a collaboration between scientists, fishers, and managers, have shown that sperm whales passively listen for fishing activity. SEASWAP’s research showed that but the main cue is the sound fishing boat engines shifting in and out of gear.  These distinctive sounds help the whales locate vessels that are actively fishing. In Alaska, some whales follow vessels for hours or even days., increasing the potential for depredation. 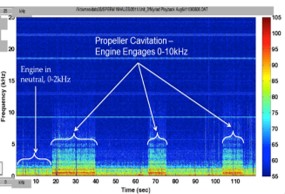 Flossing, as it’s nicknamed, is a feeding technique where a killer whale finds a longline in its mouth and flosses its way to each hook, feeding continuously until the entire set is hauled, leaving only heads and lips for the fishermen! Sperm whales can tear the body off a hooked fish or in some cases, the whale will pluck the line by tugging on it and releasing quickly, causing the fish to fly off the hook. When all that is left behind is a hook, it can be difficult to document that depredation occurred. 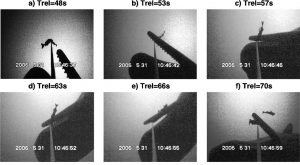 Watch this awesome video footage from Scripts Institute of a sperm whale using its long jaw to pluck a longline under tension and snap fish off a hook! Watch a False Killer whale depredate in Hawaii!

An obvious, yet effective, anti-depredation practice is to temporarily stop fishing. This enforces a strict ‘do not reward’ policy and the whales will learn that it’s not worth their while to follow boats. Whales normally take fish when gear is being hauled, so it is important to not haul gear when whales are present. Stopping any fishing activity when whales approach and only resuming when whales have left the area or relocate to a different fishing site can work. Lastly, discarding fish or offal (guts) in the presence of whales is not a good idea, as it attracts marine mammals to fishing vessels. Pausing fishing and keeping offal on board are costly choices; however, in the long run the consequence of not doing so will end up costing more if depredation becomes further entrenched in British Columbia.

Gear modifications and deterrent devices are expensive and ultimately have had limited or temporary effect on stopping depredating whales. Nevertheless, extensive research is being conducted to find ways to mitigate the impact of whale depredation on commercial fleets. Some more effective approaches include gear modifications to protect catch, switching gear types, technology to minimize fishing vessel noise, hydrophones (underwater microphones) to listen if whales are in the area , and whale avoidance networks (learn more here).

With little success at stopping depredation, fishermen, managers, and researchers agree the best course of action for B.C. is to prevent the problem from becoming established here. Following the Whale Depredation Workshop Ocean Wise held in Vancouver in 2018, we designed an informative resource that reviews some of these best practices for both recreational and commercial fishermen experiencing depredation. You can find information about whale depredation in these PDF resources: Commercial Fishermen HERE and Recreational Fishermen HERE.

Report all Depredation Events – We need your help! It is vital not only to work to mitigate this problem, but also to track the onset and spread of depredating whale behaviour in B.C.  Please report all depredation events to:

If the marine mammal is entangled, sick, injured, or distressed please also immediately contact the B.C. 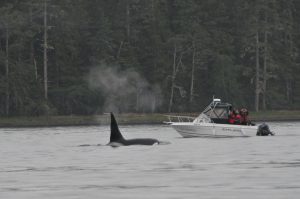