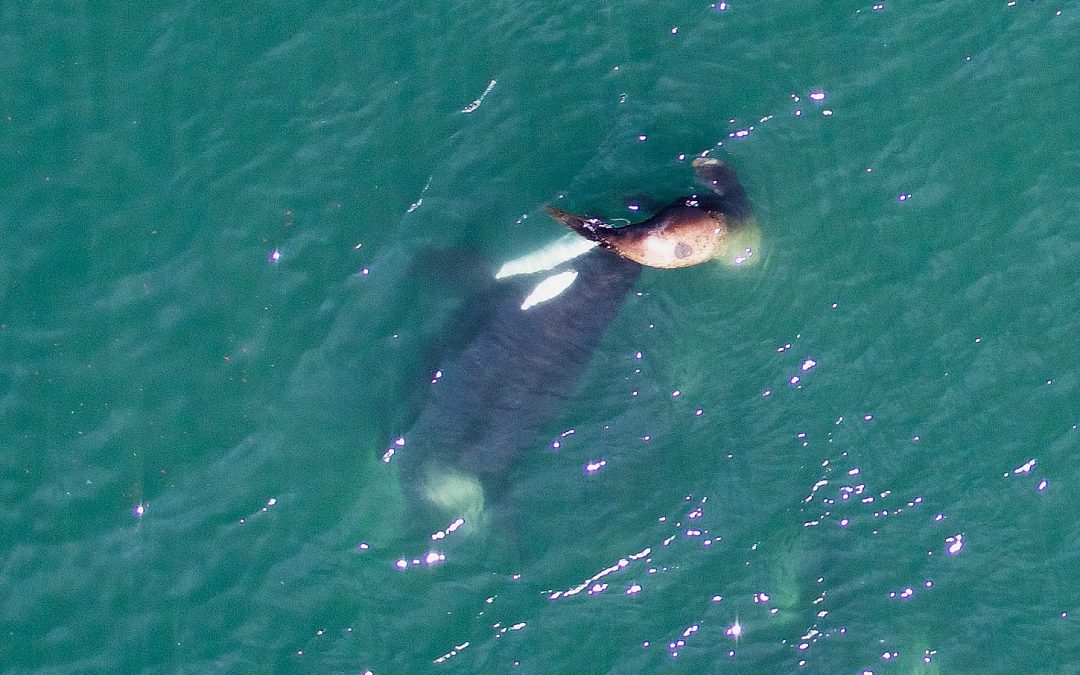 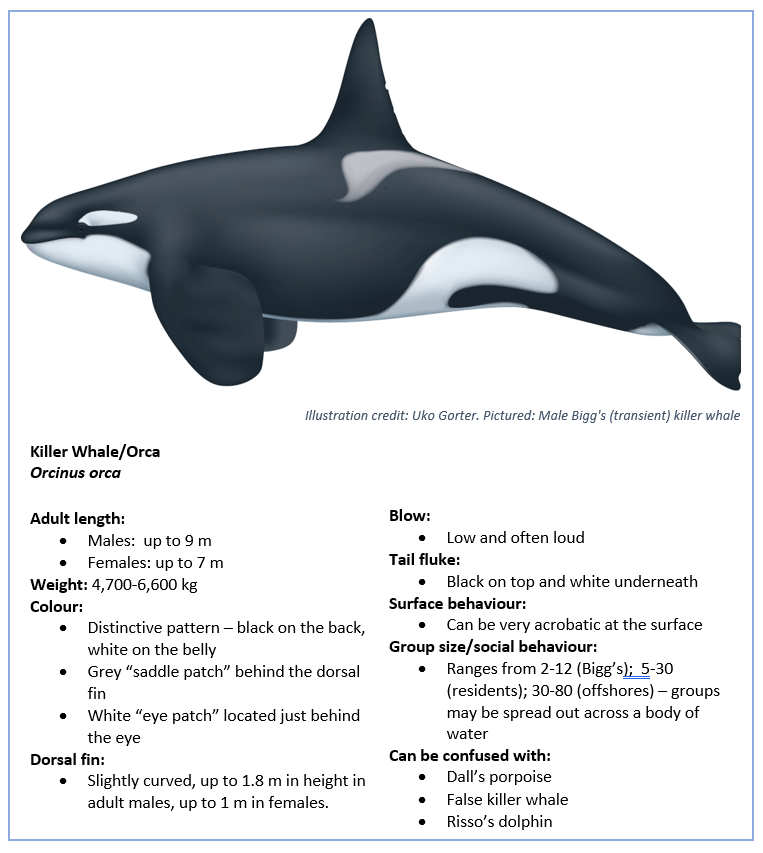 Why are orcas called killer whales?

When we are asked this question, it’s usually followed by statements such as: “I don’t think it’s right to call them killer whales” or “don’t you think it demonizes them?”. Simply put, however, killer whales kill and are apex predators of the ocean. Killer whales get their common name from early observations made by whalers and fishermen of these iconic animals hunting other large marine animals. The names used by various cultures throughout history all reflect awe and, in some cases, fear of these magnificent creatures. For example:

Even the name “Orca” which comes from their scientific name Orcinus orca, means “from the underworld” or “demon”.

For more, check out the video featuring our very own killer whale expert, Dr. Lance Barrett-Lennard in this article by CBC. 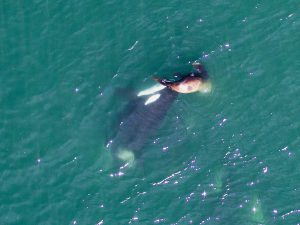 Why do killer whale populations have different food preferences?

It’s all about competition – probably. The British scholar Malthus pointed out 200 years ago that all populations have the capacity to grow until they run out of resources. Competition for resources is a fact of life, and the most successful individuals are either the best competitors…or they’ve figured out ways to escape or lessen competition.  Killer whale populations have different histories and are likely to have somewhat different dietary preferences just by chance.  Dr. Barrett-Lennard believes that when their ranges overlap, their dietary preferences likely diverge further to reduce competition—a phenomenon called niche partitioning that we see in many other species.  In other species, however, we believe that niche partitioning evolves genetically, whereas dietary separation in killer whales almost certainly develops and is maintained culturally.  This is possible because whale calves, like baby humans, learn their dietary preferences from their families and social groups.  Co-existing fish-eating and mammal-eating killer whales probably don’t know that they have pushed each other into different ecological niches, but they likely do know that there’s no dietary overlap and no reason for conflict over food. 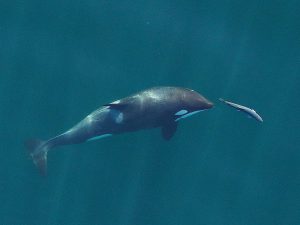 How do we know which killer whale is which?

In the 1970s, pioneer killer whale researcher Dr. Michael Bigg and his colleagues realized that individual killer whales could be recognized from nicks and scars, and by the shape of their dorsal find and saddle patches. Since then, photo-identification catalogues have been published, with each individual killer whale assigned a distinct alpha-numeric designator.   Resident killer whales are censused annually in B.C., with most individuals accounted for.  Their tight, family-based social structure makes this job easier – if a known individual is missing from its family in more than a couple of encounters it can be reliably considered dead. Censusing Bigg’s is a little more difficult because they have a larger range and somewhat more dynamic social structure, and offshores are rarely seen by coastal researchers and are even more challenging to census.

How can you tell male and female killer whales apart?

Killer whales are sexually dimorphic, meaning the males and females look different at maturity. Males may reach 9 m while females are smaller at 7 m. While all juvenile killer whales have small, curved dorsal fins for the first decade of their life, male killer whales “sprout” a tall, triangular dorsal fin that can reach up to 1.8 meters in height as they mature! Females retain a smaller, more curved dorsal fin throughout their lives. Adult males have much larger pectoral fins and the tips of their tail flukes curve downwards. Male and female killer whales also have different pigment patterns on their undersides which can be particularly helpful for sexing calves.  Calves frequently roll over and expose their bellies while playing, giving sharp-eyed researchers a chance to distinguish boys from girls.

How long do killer whales live?

Killer whales are long-lived animals.  Mortality in the first six months is high, but the life expectancy of females that make it through that period is approximately 50 years.  That said, a good many make it into their 80’s, and one, a southern resident killer whale known as Granny (J2), was estimated by some researchers to be 105 years old when she died in 2016.  In contrast, six month-old males have a life expectancy of about 30 years although a few live into their 50’s.

For answers to any other burning questions and for more information on killer whales and our research, make sure to check out killerwhale.org.

Wondering what you can do to help killer whales in British Columbia?