The BCCSN Welcomes BC Ferries to the Whale Trail 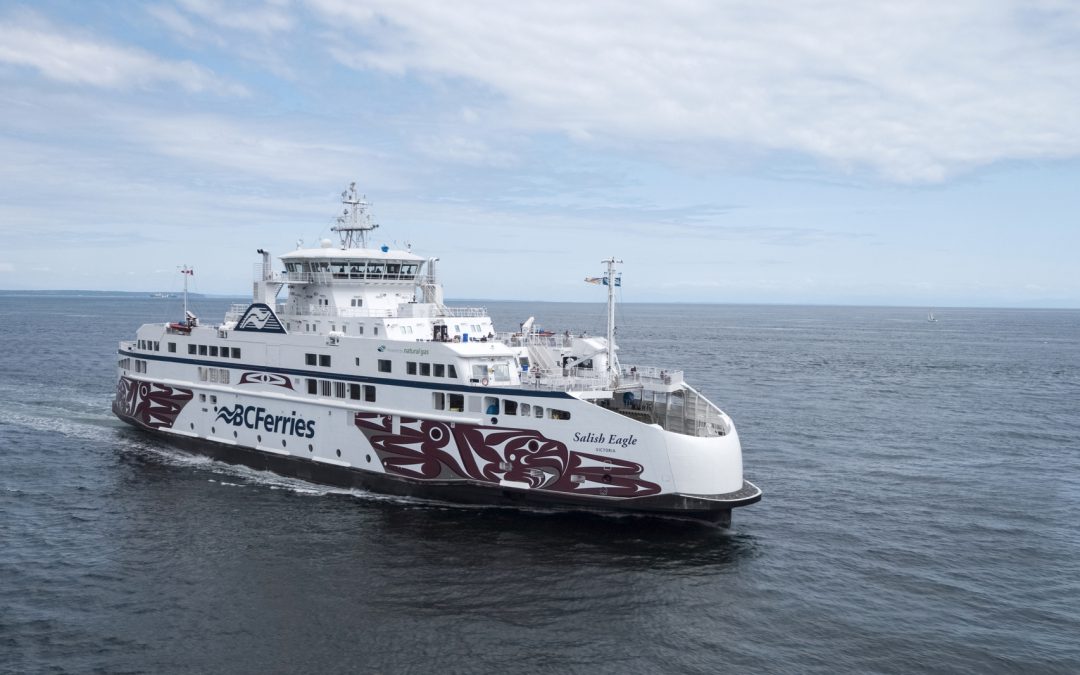 The B.C. Cetacean Sightings Network (BCCSN) is very excited to welcome BC Ferries to the Whale Trail! Based in Seattle, WA, The Whale Trail’s mission is to inspire appreciation and stewardship of whales and our marine environment by establishing a network of land-based viewing sites along the Pacific Coast from California to Alaska. The BCCSN joined the Whale Trail’s cause in 2015 after noticing just how many sightings of cetaceans (whales, dolphins, and porpoises) we receive from land. In the years since, the BCCSN has lead the expansion of The Whale Trail into British Columbia’s waters, designating over 40 sites as part of The Whale Trail B.C. How do you know if you’re at a Whale Trail site? Most sites are denoted by interpretive signs or trail markers profiling information about the local community and the marine mammal species that can be sighted in the area. All locations are mapped on The Whale Trail website.

BC Ferries joined the Whale Trail B.C. this year, installing interpretive panels at the Tsawwassen, Langdale, and Little River Terminals – check these out while waiting for your sailing! You can now learn about the marine mammals most often sighted near each terminal, and you might even be lucky enough to spot one of the highlighted species from the terminal grounds, or during your crossing! 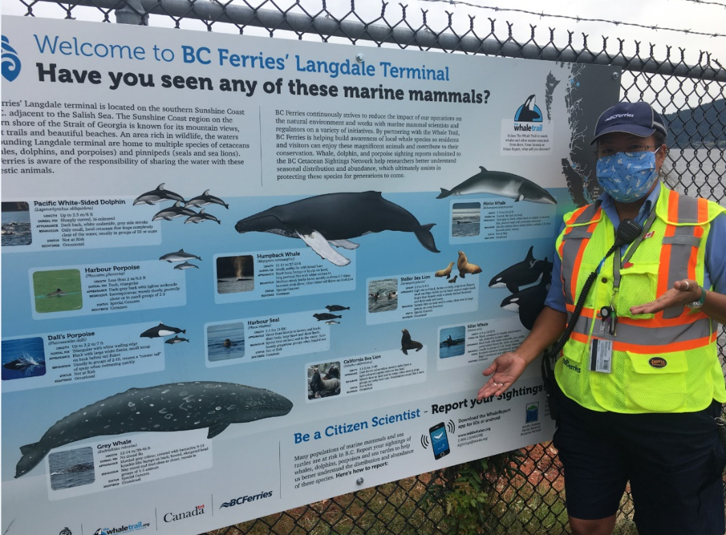 Joining the Whale Trail B.C. is just the most recent in a long list of actions BC Ferries has adopted to build awareness of local whale species. Since 2014, BC Ferries has been part of the Port of Vancouver’s Enhancing Cetacean Habitat and Observation (ECHO) program, and contributed to the development of a “Whales in our Waters” tutorial for mariners as well as the “Mariner’s Guide to Whales, Dolphins and Porpoises of Western Canada”. BC Ferries is also a valued reporter of cetacean sightings to the BCCSN, and was recently recognized as one of the top-reporting organizations in 2019 by the BCCSN’s Whale Reporter Recognition Program. Joining the Whale Trail B.C. is yet another way BC Ferries is helping to contribute to the conservation of whales, dolphins, and porpoises in B.C.’s waters.

While viewing the new terminal signage, remember to adhere to BC Ferries’ mandatory face covering policy and wear a mask at all times. 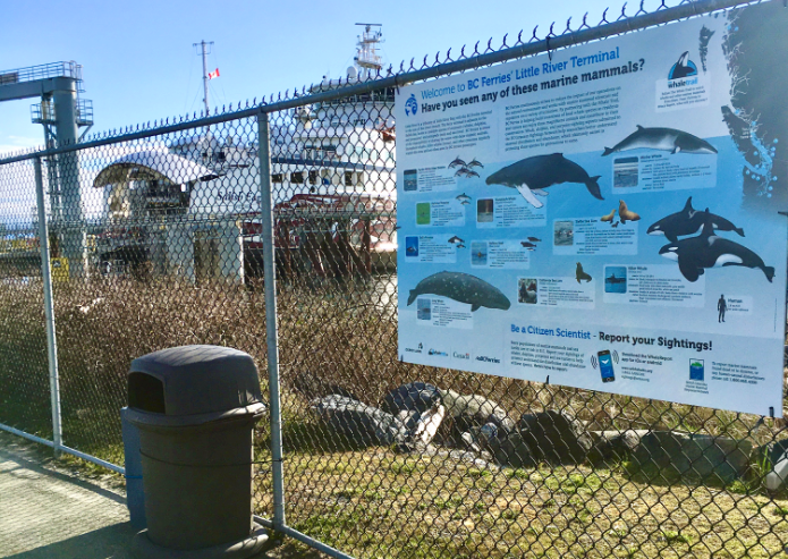 We would like to thank the many partners that have contributed to the designation of Whale Trail B.C. sites along the coast of British Columbia.