Keep your distance, even after COVID: New study identifies how well boaters in the Salish Sea follow regulations around whales 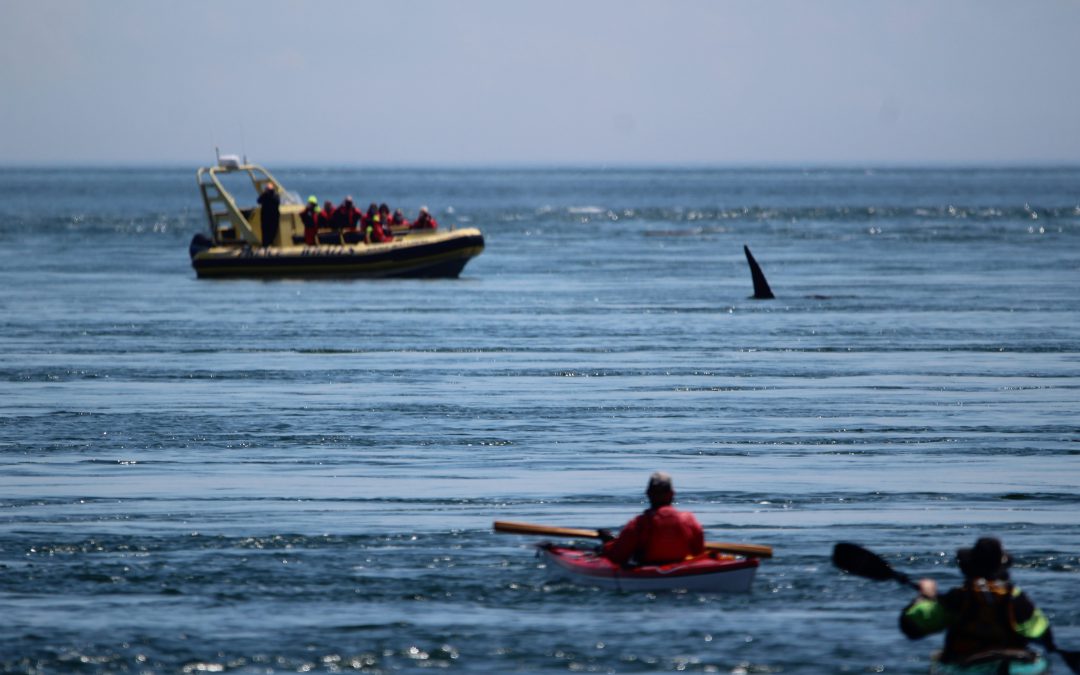 There’s nothing quite like seeing whales unexpectedly when you are out on the water, whether you are on your own boat, a friend’s or family member’s, or have chartered a fishing, sailing, or commercial whale watching trip.

An innate feeling of wonder and excitement comes from seeing such large, intelligent, and magnificent creatures in their natural environment. However, what might not be on your mind in the moment is how close you are allowed to be to whales and the various impacts your boat can have on them. Keeping an appropriate distance from whales is not only beneficial to the whales but to humans as well. For instance, humpback whales are known to surface erratically and may engage in behaviours such as breaching and tail-slapping, which can cause serious injury to boaters that get too close. In the Salish Sea, as is common in other places of the world with relatively reliable cetacean (whale, dolphin, and porpoise) sightings, there are rules in place to regulate boaters’ distances from these animals to minimize boat impacts as much as possible.

In response to the growing commercial and recreational whale watching industry in the Salish Sea, I wanted to know how well boaters followed these regulations and how that could help inform management. Along with my fellow researchers from the University of Victoria, Heriot-Watt University, and the Raincoast Conservation Foundation, and supported by the whale watching company Eagle Wing Tours and the environmental NGO Wild4Whales Foundation, I began a two year study to evaluate these levels of compliance.

This peer-reviewed study, recently published in the international open-access journal Marine Policy, was the culmination of two years of on-water data collection onboard a commercial whale watching vessel where 784 encounters between boats and humpback and killer whales were observed and recorded. Some of our key findings are detailed below:

First, we found that hotspots of non-compliance with distance regulations differed by species. Violations around humpbacks occurred off Victoria in the Juan de Fuca Strait, while clusters of violations around killer whales occurred in several areas, a function of the species’ greater mobility. 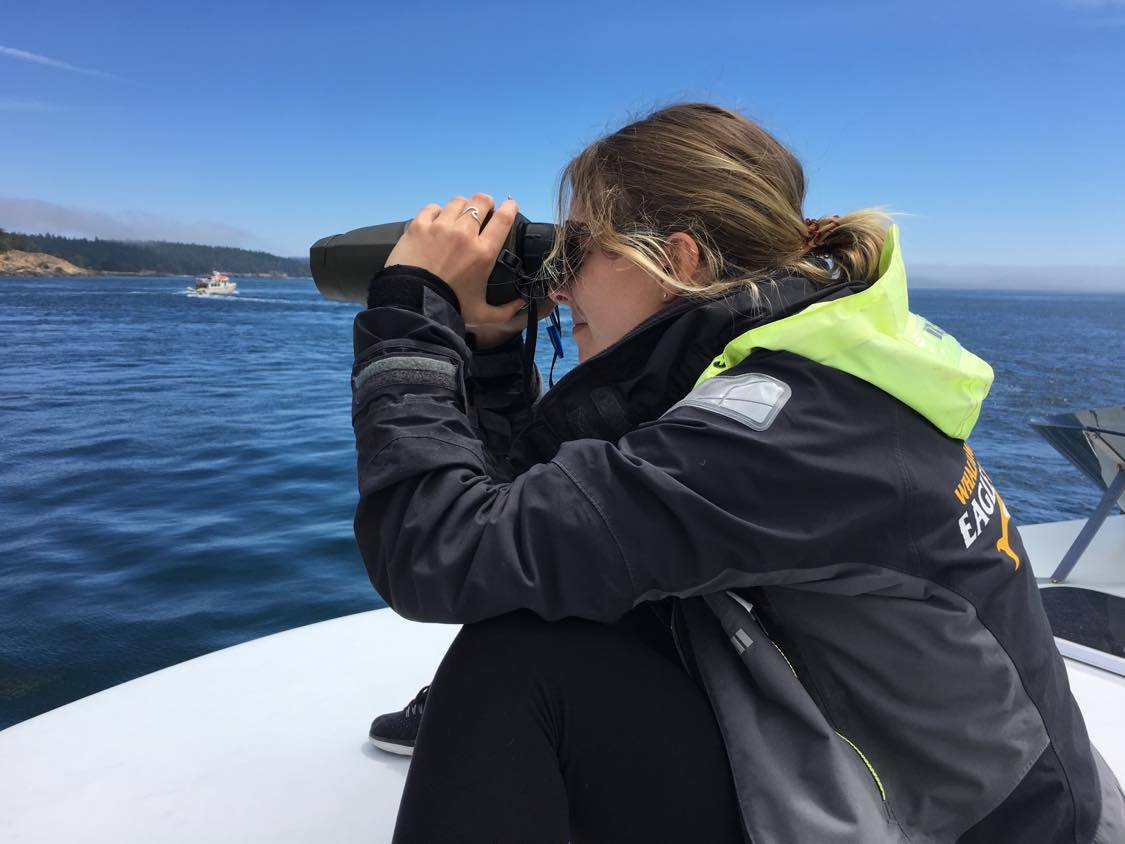 Commercial whale watching vessels were involved in more encounters – not unexpected, given that they are on the water actively looking for and spending time watching whales – but their compliance rate was 81% compared to a 58% rate for recreational vessels. Recreational vessels were also more variable in their approach distances, and on average approached closer to whales. What this likely means is that awareness of distance regulations among recreational boaters appears to be quite variable.

Another interesting finding was that more encounters and non-compliant events occurred around killer whales. Historically, the Salish Sea was known as a very reliable place to view killer whales, specifically the southern resident ecotype (which now numbers only 74 individuals); this initially led to the now-booming whale watching industry. There appears to have been a shift in recent years, with the residents expanding their ranges in search of food, while an influx of transient killer whales to these waters is occurring. Humpback whales are also returning in large numbers after they were driven from the Salish Sea during the whaling era. 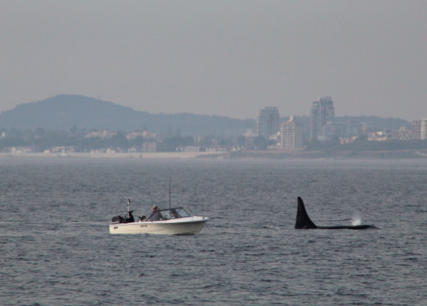 Impacts from boats is only one of the threats that whales currently face. For example, reduced prey availability (primarily Chinook salmon) is still the top threat to the southern resident ecotype, but previous research has indicated that when food supplies are scarce, other stressors such as boat disturbances can further compound impacts. Therefore, it is important to educate ourselves about boater regulations; if you’re on a boat and you see whales out there, it is your responsibility to know the regulations and to keep your distance:

For more details about boater regulations and guidelines around marine mammals, visit these links:

And check out these other campaigns designed to increase boater awareness of whales in B.C.: