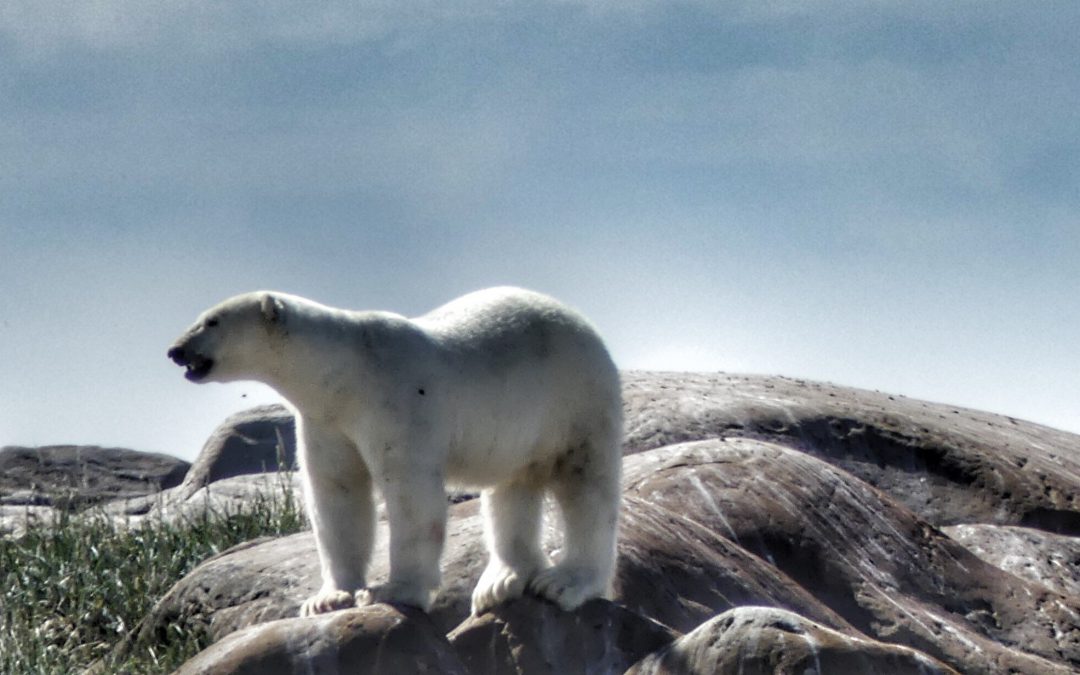 Churchill, Manitoba, a small community of 899 residents, is widely known as ‘The Polar Bear Capital of the World’, and with good reason: from July to November about a thousand polar bears migrate to Churchill where they wait for the sea ice to form in winter. The bay freezes over allowing them to perch on the ice and hunt for unsuspecting ringed seals to eat for dinner!

As a result of global warming, however, sea ice has been taking longer to form in recent years. This has resulted in polar bears spending even more time in the areas surrounding Churchill as they wait for the sea ice to form, increasing the likelihood and risk of encounters between humans and polar bears.

The prevention of human-polar bear encounters is essential to protect public safety and support polar bear conservation. Violent encounters between humans and polar bears not only result in injuries and death for humans; any bear involved in such an encounter will face being euthanized. Even non-violent encounters can have negative consequences, as they disturb the bears’ normal day-to-day activities and may cause the bears to become habituated to humans, which in turn increases the likelihood of future violent encounters.

The unique situation in Churchill has made it possible and necessary for new technologies to be developed to track and monitor polar bears – not only for the sake of the residents of Churchill, but for the bears’ sake as well.

Polar Bears International, a nonprofit polar bear conservation organization, in partnership with Utah’s Hogle Zoo, is spear heading a new approach to tracking polar bears near Churchill. They have implemented a radar system with an artificial intelligence program, an AI, which will be able to specifically detect and recognize polar bears. Once detected, the appropriate wildlife authorities are then alerted and are able to take action to safely and harmlessly redirect the bears away from humans.

This radar system, created by SpotterRF, was chosen not only for its AI capabilities but also for its ability to function in extreme weather conditions. Check out this video to learn more about the radar, it’s AI, and how the scientists using it are ‘training’ the AI to detect polar bears. The radar also has potential to be used as an aid to scientific research, as a non-invasive way to observe and study polar bears in their natural habitat.

This is not the first creative use of modern technology to protect wildlife and gather scientific data at the same time. Ocean Wise’s B.C. Cetacean Sightings Network has devised the Whale Report Alert System (WRAS). B.C. waters provide important habitat for many cetacean (whale, dolphin and porpoise) species. These animals run the risk of encountering humans in the busy waterways, often with negative consequences for the cetaceans such as collisions with vessels and disturbance of natural behaviours.

Information on whale presence is obtained from real-time observations reported to the BCCSN from coastal citizens via the WhaleReport app. The WRAS alerts shipmasters and pilots of cetacean occurrence in their vicinity allowing them to take mitigation measures such as reducing their speed or altering their course so as to reduce the disturbance to whales.  Sighting reports are also used to better understand the relative abundance, distribution and habitat use of B.C.’s cetaceans and to aid in conservation work.

Both the WRAS project and the PBR radar project in Churchill stem from a desire to protect and understand the fascinating animals that share the spaces we rely on. Like cetaceans, polar bears are unique, beautiful, a group of top predators essential to the health of their ecosystem, and completely irreplaceable. The PBR’s radar project, and the determination to keep polar bear populations safe and healthy for the future, are a source of inspiration and hope for this International Polar Bear Day!