Sei What?! Researchers spot a large group of critically endangered sei whales off the coast of British Columbia. 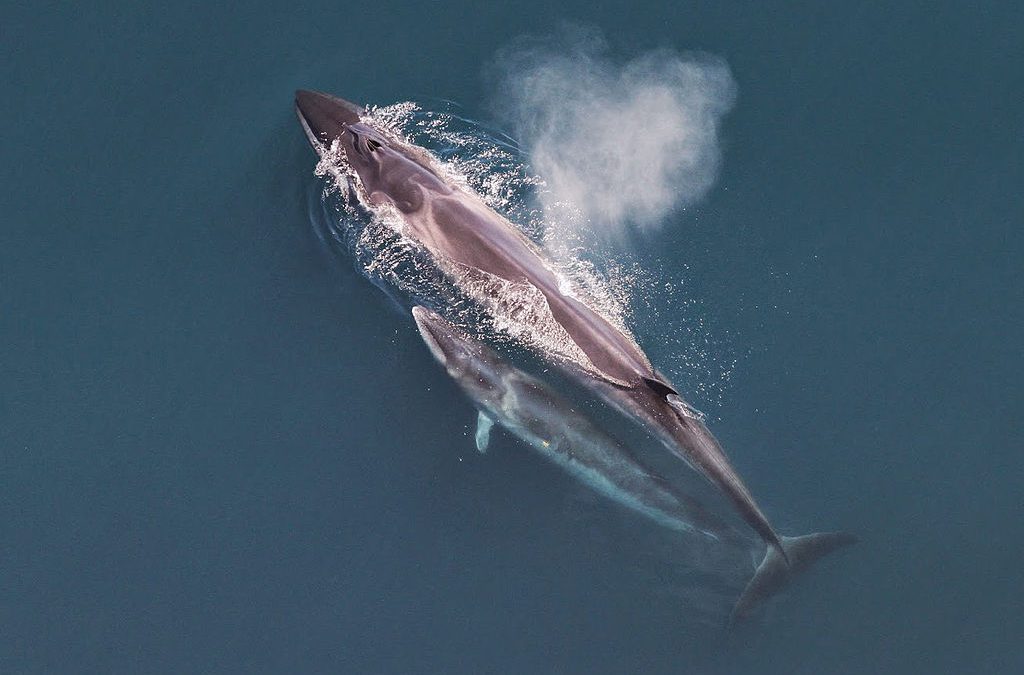 Over the weekend, Fisheries and Oceans Canada Cetacean Research Program researchers spotted a large aggregation of 25-30 sei whales (Balaenoptera borealis) while conducting a marine mammal survey 300 kilometres offshore of Vancouver Island.  The team is part of a multi-week survey to estimate marine mammal populations in Canada’s Pacific.  It was a once-in-a-lifetime event for whale researchers aboard the CCG Vessel John P Tully, one that many thought they would never get to experience.

Why was this particular sighting so significant?

Sei whales were heavily targeted by whaling operations in the 1950s to 70s, after the preferred larger baleen whale species – such as blue and fin whales – had been depleted. From 1917 until whaling was banned in 1975, it is estimated that over 4,000 sei whales were killed and processed by Canadian, Japanese, and Soviet whalers in Canada’s offshore waters.  There have been only 10 documented sightings of sei whales in Canadian Pacific waters since the 1960s, so to encounter a large aggregation of this critically endangered species is extraordinary! The infrequency of both visual and acoustic observations suggests that their population in Canadian waters is below 250 mature individuals. 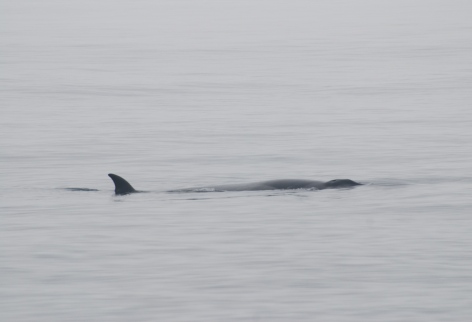 Sei whales are the third largest of the baleen whales. They are typically 14-15m in length.  They are a dark to bluish grey, with many grey to white scars.  The dorsal fin is taller than that of a blue or fin whale and is usually falcate.  In British Columbia, they are easily confused with fin whales. Fin whales will typically have asymmetrical colouration on their lower jaw (the left side will be dark and the right side will be white), whereas the jaw of sei whale will be dark on both sides.  When a sei whale surfaces, the dorsal fin is usually visible at the same time as the blowholes, while a fin whale’s dorsal fin appears after the blowholes have submerged.

Although they are no longer targeted by whaling in Canadian waters, there is still a long road to recovery for this species.  Threats include ship strikes, underwater noise, and climate change, which could affect the abundance of their zooplankton prey.  There is also growing concern about the increasing concentration of plastic pollution in Canadian Pacific waters, which are known to affect large baleen whales and other marine animals though ingestion or entanglement.

* Rorqual whales have long pleats from their lower jaw to their abdomen that allow the throat to expand to engulf huge amounts of food-filled water while feeding.  Blue whales, fin whales, humpback whales, minke whales, and sei whales are rorqual whales. 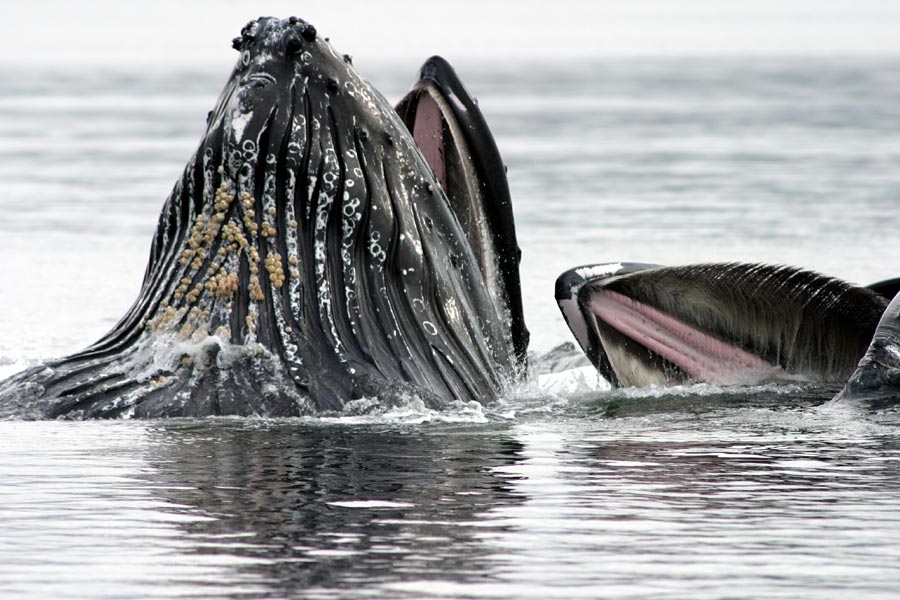 Humpback whales lunging up through a school of herring.  Rorqual whales, like humpbacks and sei whales, have long pleats from their lower jaw to their abdomen that allow their throats to expand and engulf huge amounts of food-filled water while feeding.

How can you help sei whales?