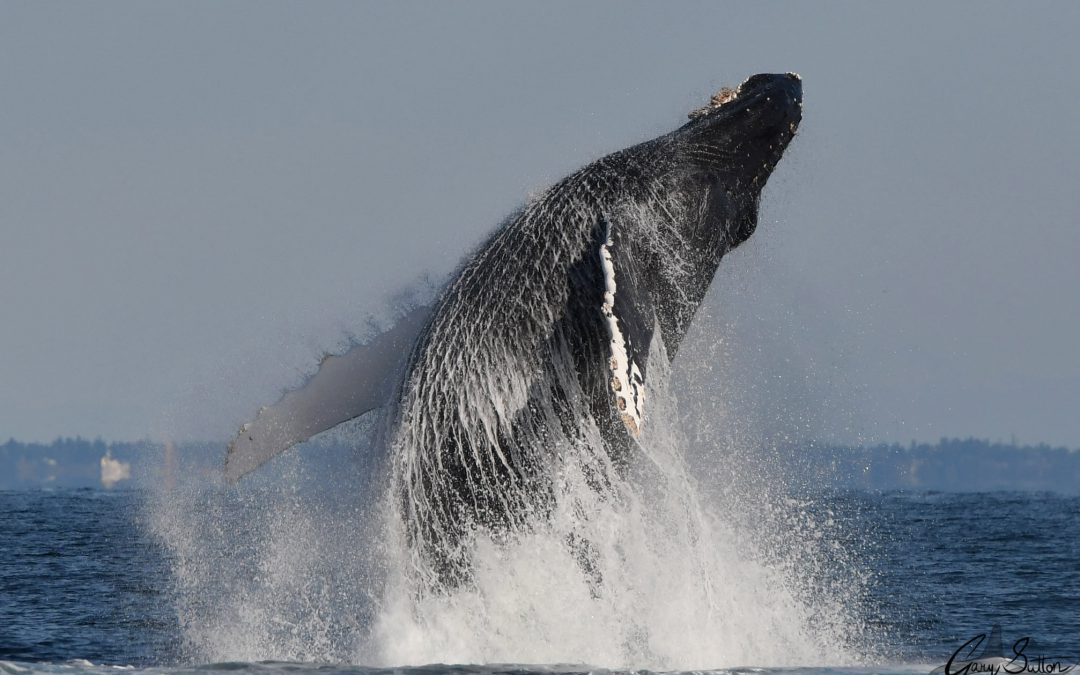 If you find yourself on a boat crossing the Strait of Georgia today, there is a good chance of spotting a huge fifteen-foot, tall misty spout from a 35-ton humpback whale. However, this wasn’t always the case. These charismatic giants have recovered, and their numbers continue to increase in the Strait of Georgia after almost a century of absence. Whaling operations in the mid 19th and early 20th centuries resulted in the the whale’s extirpation from our waters, but since whaling seized and the whales became protected in the 1960s, we have witnessed a humpback comeback! 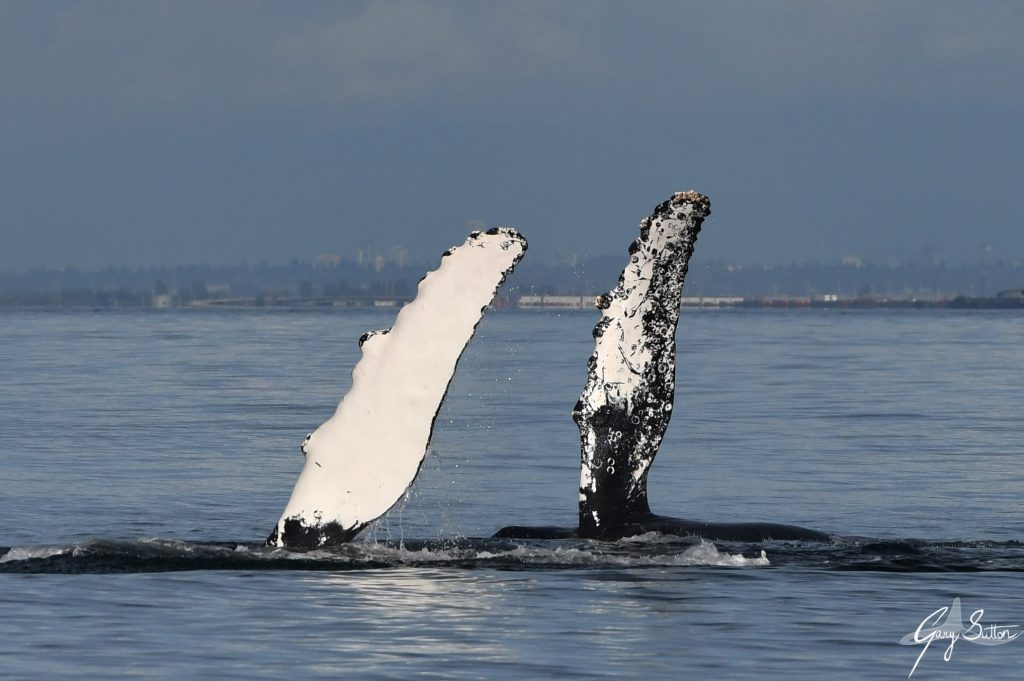 This comeback really started in the early 1990s with one whale known as BCY0324 or “Big Mama” returning to our waters.  Since then, this female has returned every year – often with a calf in tow! – to the Salish Sea to feed for the summer and fall. Moreover, year after year, more whales have joined her. The recovery of these animals has never been more evident than over the past decade, with over 500 whales now catalogued (salishseahumpbacks.com).This year has been no exception. During the month of June, we have had lots of humpbacks returning to the Salish Sea from their breeding grounds in Mexico and Hawaii, including eleven females who have brought back calves already!  Humpback whales are the most frequently spotted cetacean in the Salish Sea this month; citizen scientists throughout the Salish Sea have already reported over 225 humpback sightings so far this June, using Ocean Wise’s WhaleReport app. 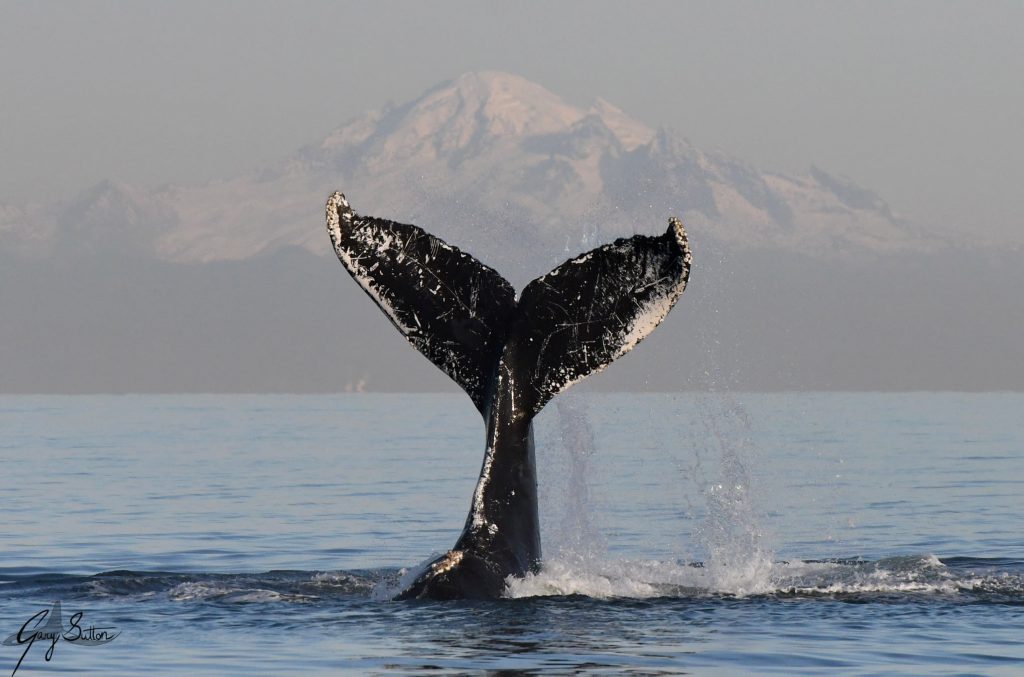 As we learn more about these animals, hopefully we can continue to help them. share our backyard with these whales and it is imperative that we do our best to be good neighbours. Watch what you put down the drain, reduce plastic use and, if you’re out on the water, remember to go slow and keep a distance of 100 m  from humpbacks – and 200m if it is a mother and calf pair.  You can help protect these incredible animals, as well as other whales, dolphins, and porpoises from ship strikes and disturbance by reporting your sightings on the WhaleReport app. 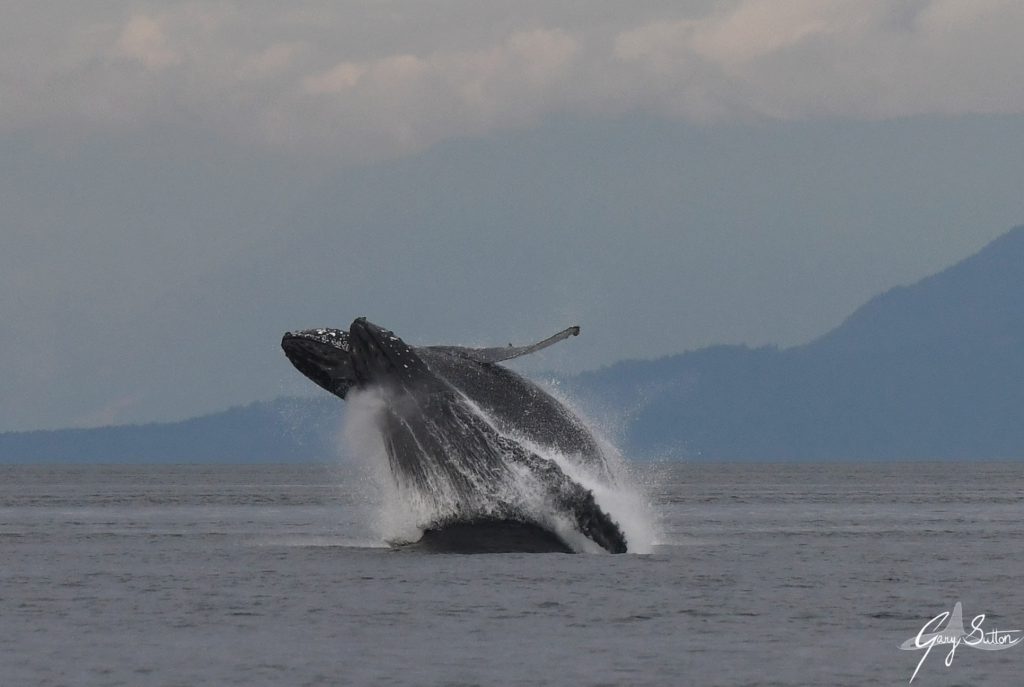