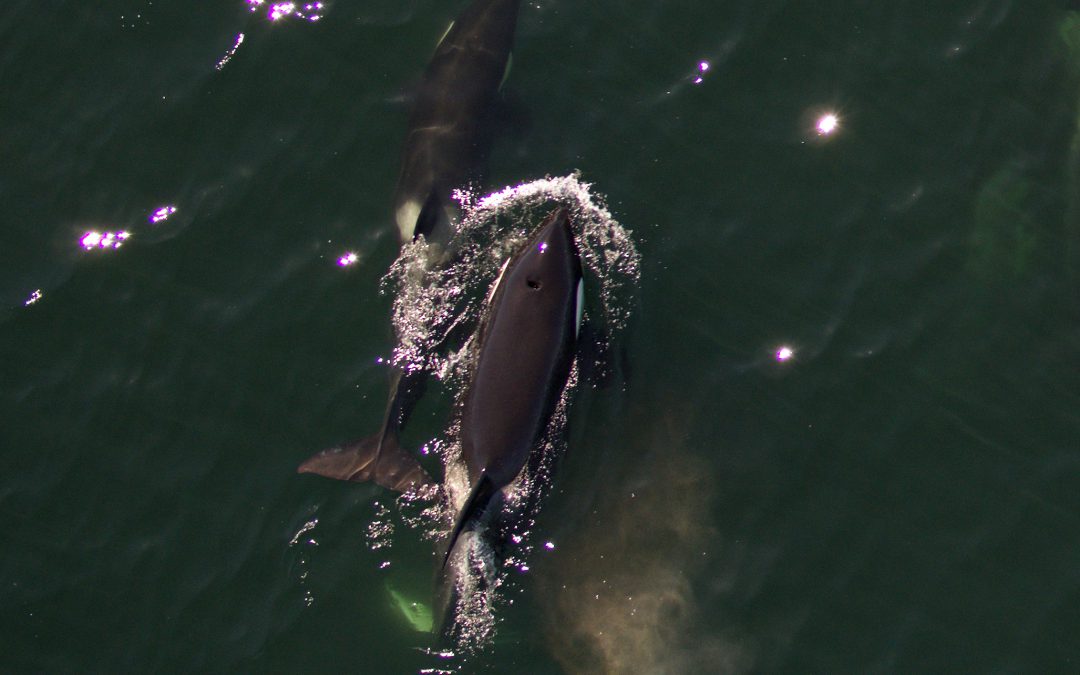 I had been waiting with much anticipation to start my first season with the Ocean Wise Photogrammetry Research Team as a vessel operator and photo ID specialist, joining Principal Investigator and drone pilot, Lance Barrett-Lennard, and Brittany Visona who deploys the drone and operates the camera. Our team’s mission: to collect high resolution aerial images of killer whales and humpback whales to assess their body condition in relation to prey abundance. So on July 2, Lance and I battled the northwest winds to get Ocean Wise’s research vessel “Skana” to our summer research home in Alert Bay, a 12-hour journey from Vancouver. We’ve had a great start to our field season! Since arriving, we have had the typical northeast Vancouver Island days – waking up to relatively calm seas, misty skies and some light fog with winds picking up in the afternoon, usually accompanied by some sunshine.

We have been successful finding whales every day and although the winds have limited our ability to conduct the photogrammetry work, we have been able to get a few early season drone flights under our belt. We had numerous encounters and flights with our marine mammal eating Bigg’s killer whales including groups known as the T049As (minus T049A1 and T049A2 who were not present) and the T137s who were accompanied by two unrelated juveniles known as T036A2 and T036A3. 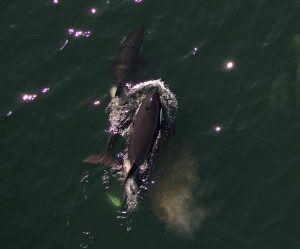 The highlight Bigg’s encounter however, was seeing the T060s hunting a Pacific white-sided dolphin! We have conducted a couple of successful flights over several humpback whales including BCXuk2011#10 “Cutter”, BCX0927 “Hook” and BCX1262 “Nippy”.Both Hook and Nippy had new calves with them, the first we have encountered this season! 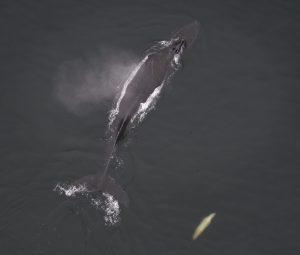 We have also successfully conducted flights over the A50, A54, A25 and A23 northern resident killer whale matrilines. On day three, we encountered the G20 matriline along with the big, 39-year old bull, G32. Although winds were too strong to fly with that particular group, it was the first encounter we have had with them in a few years so the opportunity to photo ID them was welcomed. 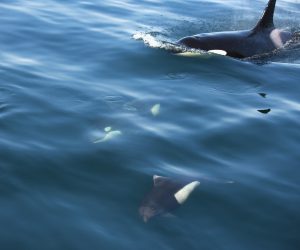 A69 and Dall’s porpoise. 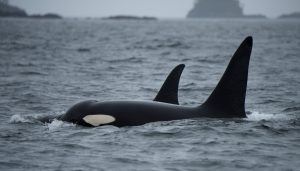 Our last day was a big one, covering almost 70 nautical miles! We were lucky to find the I27 and I65 matrilines at the top of Gordon Channel and got some flights over them – a perfect end to leg one of field season.

One of the highlights of this whale field season….did not involve whales! Just off the Deserter Islands we observed a huge eagle feeding frenzy! Brittany counted at least 88 of them diving into shoals of schooling fish. They covered the trees everywhere you looked. 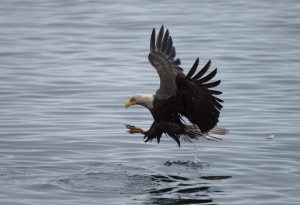 I can’t wait to see what the next few weeks have in store for us and look forward to sharing it with you!