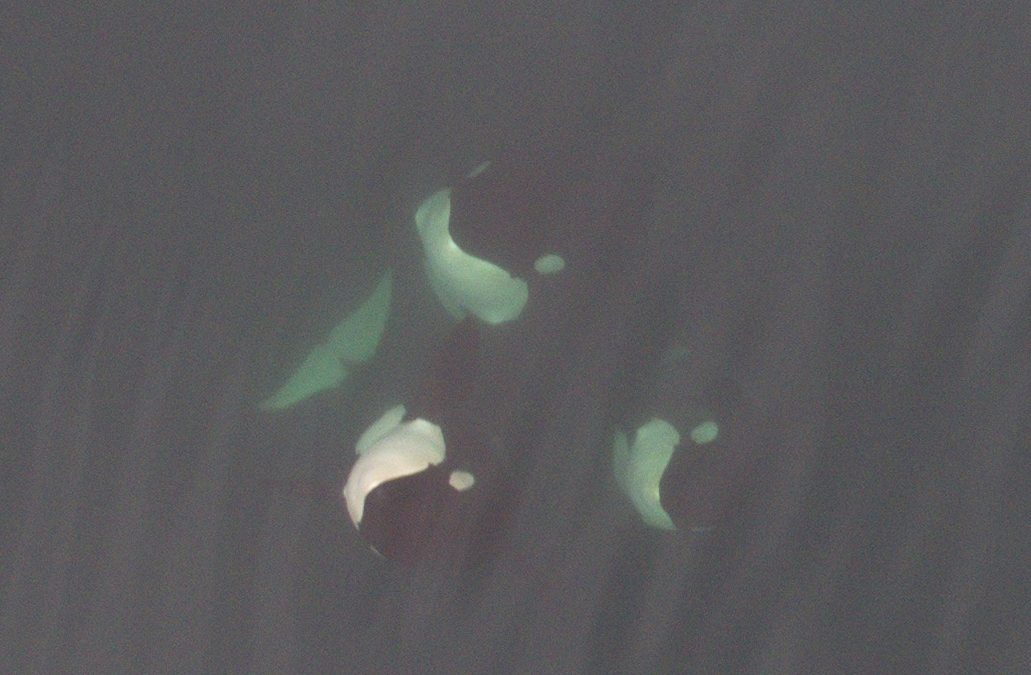 In early 2002, after the death of her mother, a young northern resident killer whale named Springer (A73) showed up alone and in poor health in Washington State’s Puget Sound. An unprecedented rescue effort brought together scientists, government officials and concerned citizens to rescue and rehabilitate Springer, and she was successfully released back into the wild to reunite with her northern resident relatives a month later. Her rehabilitation is the ultimate success story; almost 20 years later Springer continues to travel with her northern resident pod and has since had two offspring of her own, Spirit (A104) born in 2013 and Storm (A116) born in 2017. 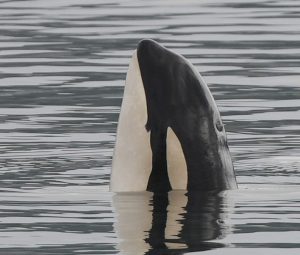 Dr. Lance Barrett-Lennard, who participated in the rescue effort back in 2002 and now leads the killer whale photogrammetry project at Ocean Wise, has been eager to encounter Springer and her family since the field-based study began in 2014. Each year, the photogrammetry team spends a portion of the summer based in the Johnstone Strait region – an area off the coast off northern Vancouver Island known to be a frequent hang–out spot for northern resident killer whales in the summer months. In August 2020, the team were lucky enough to find and photograph the family for the first time since the project began. However, while Springer and her first–born Spirit appeared to be good health, the same could not be said for Storm, who appeared to be in very poor condition. The team ended the encounter without much optimism that they would see Storm again.

The first few years of a young killer whale’s life are critical.   Before their first birthday, killer whale calves face a mortality rate of up to 50%. However, once they reach that one-year milestone, they still aren’t out of the woods!  Every day, killer whales and other cetaceans (whales, dolphins, and porpoises) face a multitude of human-caused threats including reduced prey availability, underwater noise and disturbance, and pollution. The photogrammetry project aims to non-invasively assess killer whale body condition through the analysis of aerial photos, taken from a drone, to inform conservation measures and help reduce these threats to killer whales. 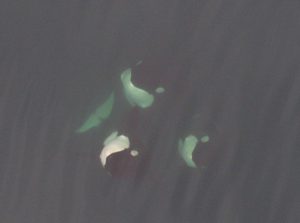 On August 27 this year, much to the delight of the photogrammetry team, Springer and family were encountered for the second year in a row! Against all odds, Storm had survived and appeared to be in much healthier condition. Dr. Barrett–Lennard noted that it’s rare to see a whale in such poor condition recover and expressed how special it is to experience such an intimate moment (pictured above) with Springer all these years later, thriving with her two children by her side. The good news didn’t stop there, upon conducting a drone flight over the whales, the team were delighted to discover that Springer was pregnant with her third calf! Following the exciting news from our colleagues about the three pregnancies in the southern resident population, the team is happy to report that their northern resident cousins are doing well, with Sonora (A42) being confirmed pregnant in addition to Springer. Several other females are suspected to be pregnant, but the team are unable to confirm at this time. 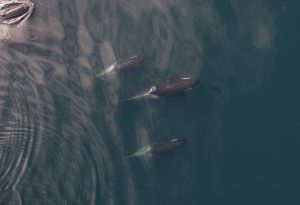 Vessel disturbance and underwater noise disrupt whale’s ability to forage, travel and rest. It is important to give whales space particularly when they are in poor condition, during pregnancy, or when nursing. Always follow the Be Whale Wise regulations and guidelines while on the water and report your sightings using the WhaleReport app. Sightings reported via WhaleReport are used to reduce the threat of vessel disturbance and ship strike to whale populations.

Did you know you can help Springer and her family through a symbolic adoption? For as little as $10 each month, your donation will support research, conservation and public engagement activities that aim to address the many threats they face every day. Head to killerwhale.org for more.