The Familiar Fins of Winter 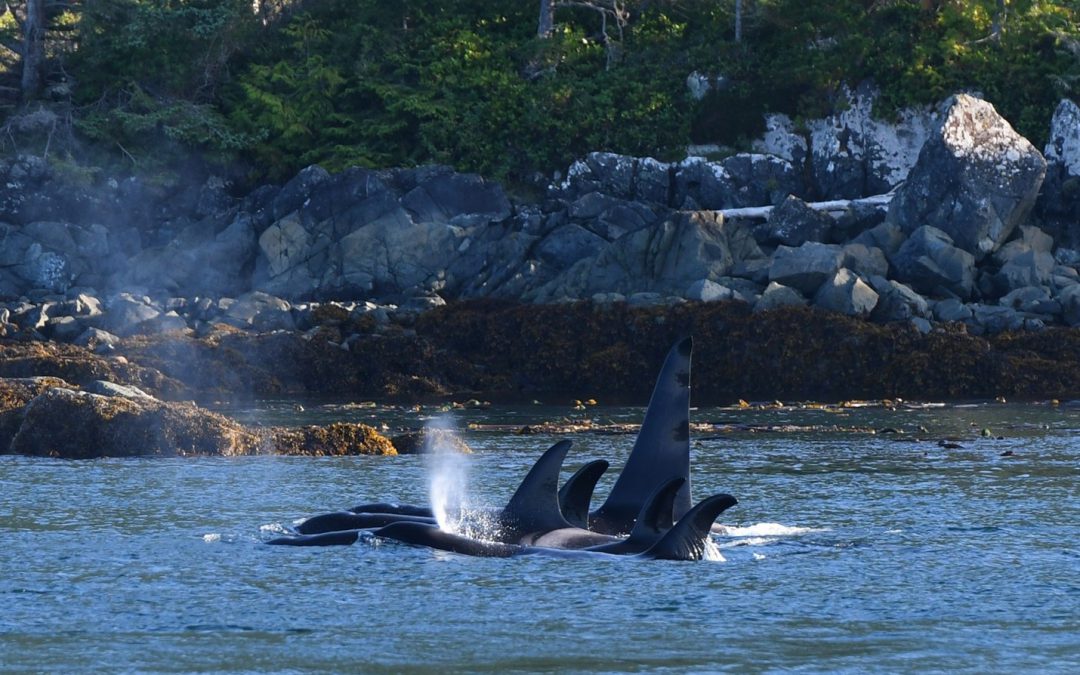 This past week has brought some familiar fins to the Sunshine Coast and Howe Sound. However, they aren’t the typical fins one might expect to see in these waters! A family of Northern Resident Killer Whales, known as the A42’s, have become regular visitors to the Salish Sea during the winter months, perusing back and forth along the mainland coast in search of their primary prey, Chinook Salmon. Typically, this population of killer whales do not travel south of Campbell River, making it an exciting time for residents and visitors along the Sunshine Coast! 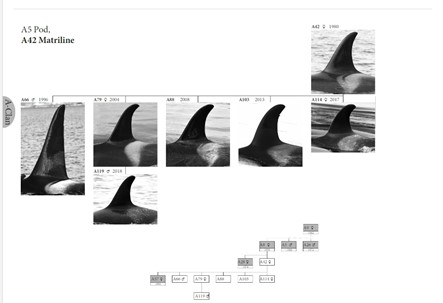 The A42 Matriline is a family of Northern Resident killer whales composed of matriarch, A42 “Sonora”, her 5 offspring, and her grandson. Source: Photo-identification Catalogue and Status of the Northern Resident Killer Whale Population in 2019. (Towers et al., 2020)

A few lucky beachgoers along the shores of the Sunshine Coast have been treated to some close encounters with A42 “Sonora”, along with her five offspring and one grandchild, as they engage in a behaviour known as ‘beach rubbing’ (view video here). Seen only within the Northern Resident population, beach rubbing is a behaviour where the animals swim close to the shore in order to rub their bellies along the beach’s smooth pebbles.  Beach rubbing is thought to scrape off dead skin, strengthen family bonds, and provide a massage-like sensation.  You can often see beach rubbing on Orcalab’s live underwater cameras!

During the 2021 field season, our whale research team spent a lot of time with the A42’s in their more commonly encountered habitat of Johnstone Strait, approximately 150 nautical miles away. Although that seems like a great distance, this particular family is known for their wandering souls. From our sightings records, we see these whales often show up in the Prince Rupert area in the Spring, over 400 nautical miles away from where they are now! 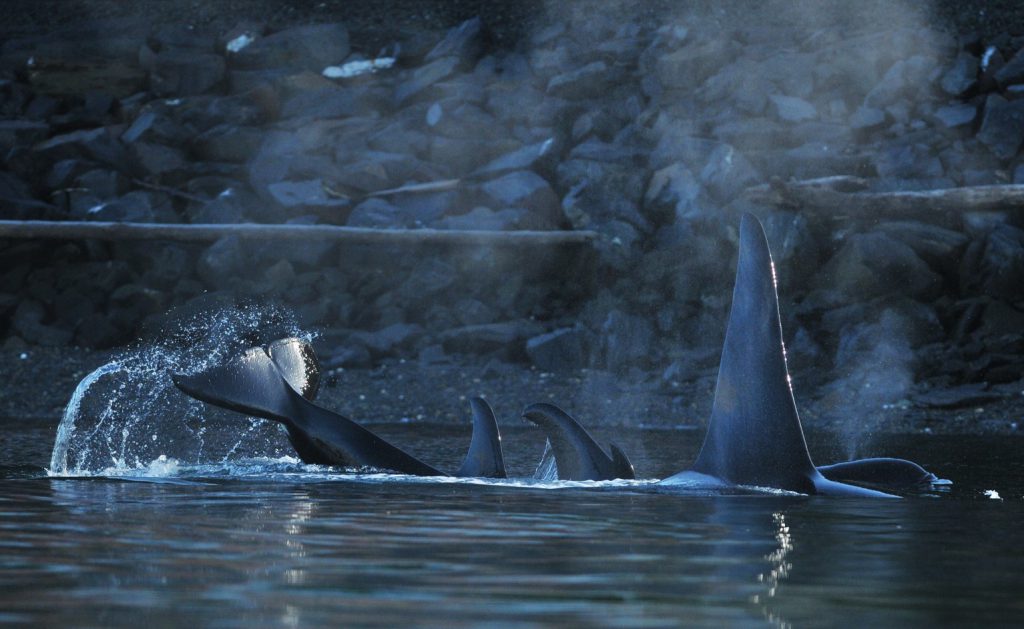 The A42s in Prince Rupert Harbour.

What motivates this family to travel such great distances? The answer, most likely, is culture. Culture plays a huge role in killer whale society, and whales won’t often stray very far from what their mother taught them. A42 “Sonora” undoubtedly learned these seasonal movements from her mother, A8 “Licka”, who would have learned from her mother, A9 “Eve” (estimated to be born way back in 1937!).

It seems these cultural movements of the A42’s are paying off, as they are one of the more productive matrilines within the Northern Resident community. Furthermore, our photogrammetry team was able to collect aerial photographs of these individuals this past summer and noticed they all seem to be in good health. A42 herself is even showing signs of possible pregnancy! It will be something to watch closely over the coming year to see if this already large family welcomes one more addition. In the meantime, if you’re visiting the Sunshine Coast, keep your eyes peeled for these familiar northern visitors and report your sightings on the WhaleReport app.

To learn more about Northern Resident Killer Whales and how you can support our research by adopting one, visit www.killerwhale.org.

You can contribute to conservation-based research, and reduce the risk of ship strike and disturbance for these animals, by reporting your whale sightings!  Download the WhaleReport app or use the WhaleReport web app.

Be Whale Wise!  Make sure to follow all regulations and guidelines when out on the water.  Visit bewhalewise.org to learn more.