Rare Visitors to the Salish Sea: How your sightings contribute to real-time science 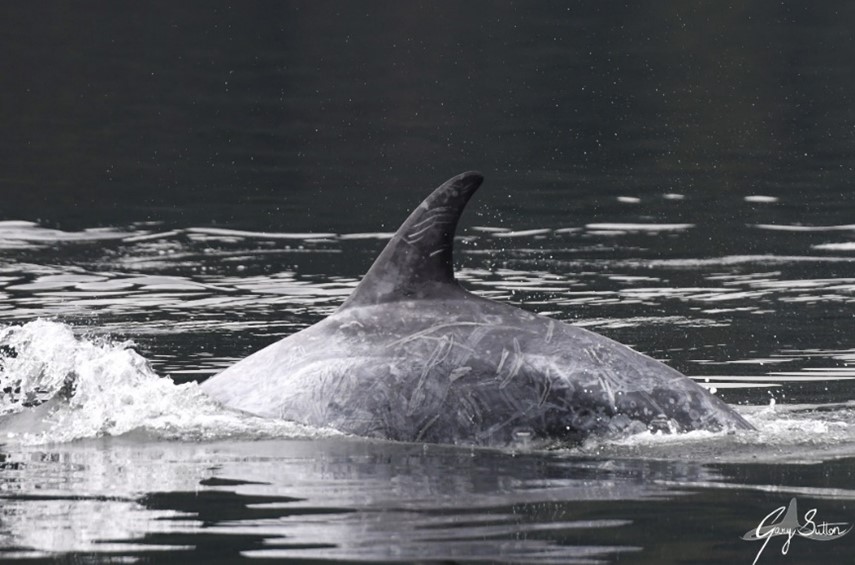 On a sunny afternoon in late January, the Whales team at Ocean Wise was a hub of excitement. A WhaleReport sighting had just landed in our inbox with a report of Risso’s dolphins in the inner Salish Sea! Not many emails bring more excitement to a group of cetacean researchers than word of uncommon visitors to local waters.

Risso’s dolphins (Grampus grisius) live in temperate and tropical oceans around the world. They tend to prefer areas of deep ocean along the continental shelf where they dive to depths of 600 metres to hunt for squid and fish. Growing up to 4 metres in length and living for about 35 years, Risso’s are highly social animals that generally travel in groups of 10 or more. They are covered in scars which are thought to be a result of both interactions with their prey and raking from the cone-shaped teeth of other Risso’s dolphins. While this may not seem particularly pleasant for the dolphins, it is incredibly useful to researchers who are able to look at photos and identify individuals by their unique scarring. 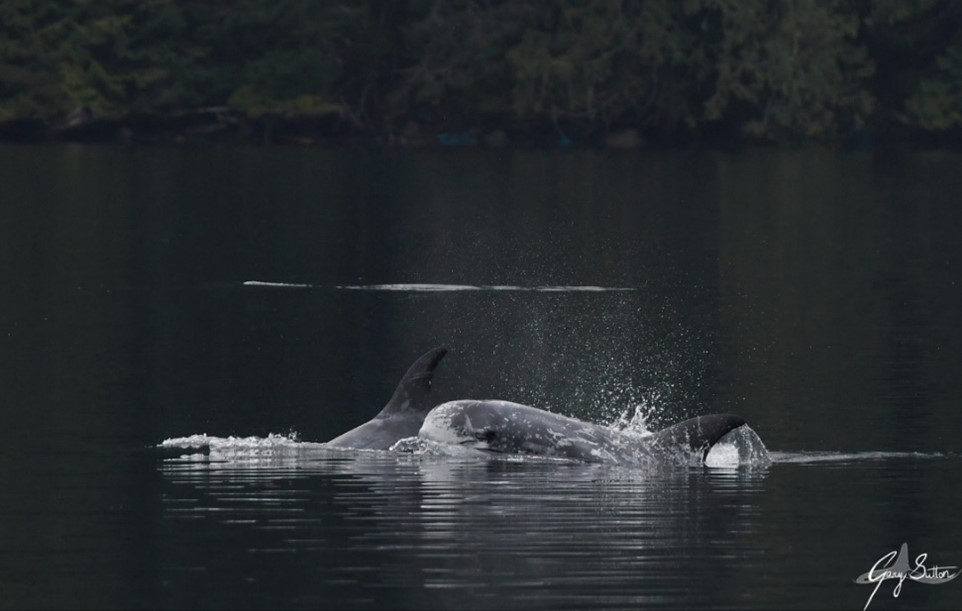 By using the information stored in the BC Cetacean Sightings Network (BCCSN) database, we are able to map Risso’s sightings submitted by observers since the 1970s.  Although Risso’s dolphins have been regularly seen off Haida Gwaii and occasionally sighted off the west coast of Vancouver Island, they have been reported in the inner Salish Sea only two times.  Lone individuals were reported in the Gulf Islands in 2015 and near Deep Bay 2019, making the current group of animals especially new and exciting.

A photo of a lone Risso’s dolphin in Deep Bay, submitted by BCCSN observer and nature photographer Deborah Freeman. 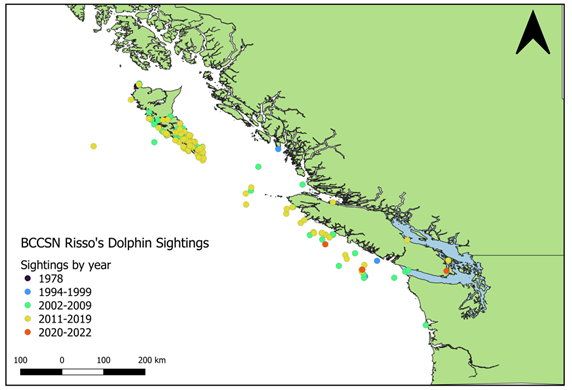 Risso’s dolphins have been reported to the BCCSN since 1978, with many sightings reported around Haida Gwaii and off the West Coast of Vancouver Island. Sightings of this species in the inner Salish Sea are incredibly rare. (Sightings are opportunistic and not corrected for effort).

Through citizen science reports, we were able to follow the movement of the Risso’s dolphins south, where they headed up Saanich Inlet for at least three days. What exactly enticed them to these deep, inland waters we may never know, but it gave one of our researchers the opportunity to get out in the field and photo identify 20 different individuals. 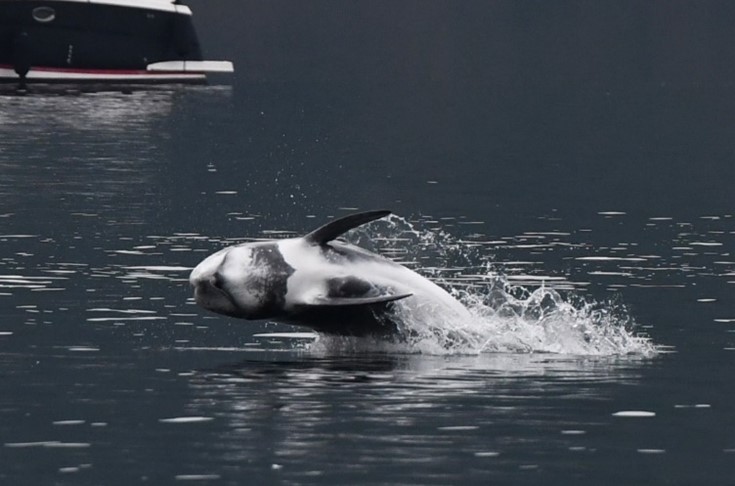 Risso’s dolphins are often seen in groups of about 10-100 (average 25). They often travel and surface slowly, but can sometimes display energetic behaviours, like this individual breaching here! 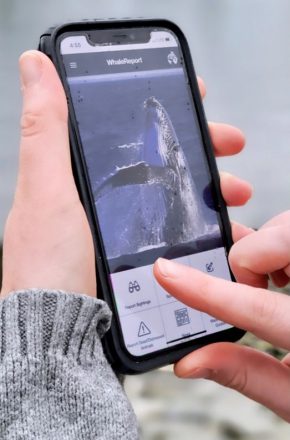 The network of citizen scientists reporting cetacean sightings throughout the coast of British Columbia is what makes our research possible. Every BCCSN report is read, quality-checked, and stored in our database where it provides valuable insight to the presence and movement of whales in the north-eastern Pacific. Subset of our database are also provided to external researchers for a least 10 conservation-based research projects per year!

In addition to contributing to research, real-time sightings submitted to WhaleReport help protect whales by alerting large ships, like freighters and ferries, to their through the WhaleReport Alert System (WRAS).This information gives mariners the time to enact measures, such as slowing down and diverting course, to reduce the risk of collision or disturbance.