Winter Migrations: Fieldwork and familiar flukes on the North Coast 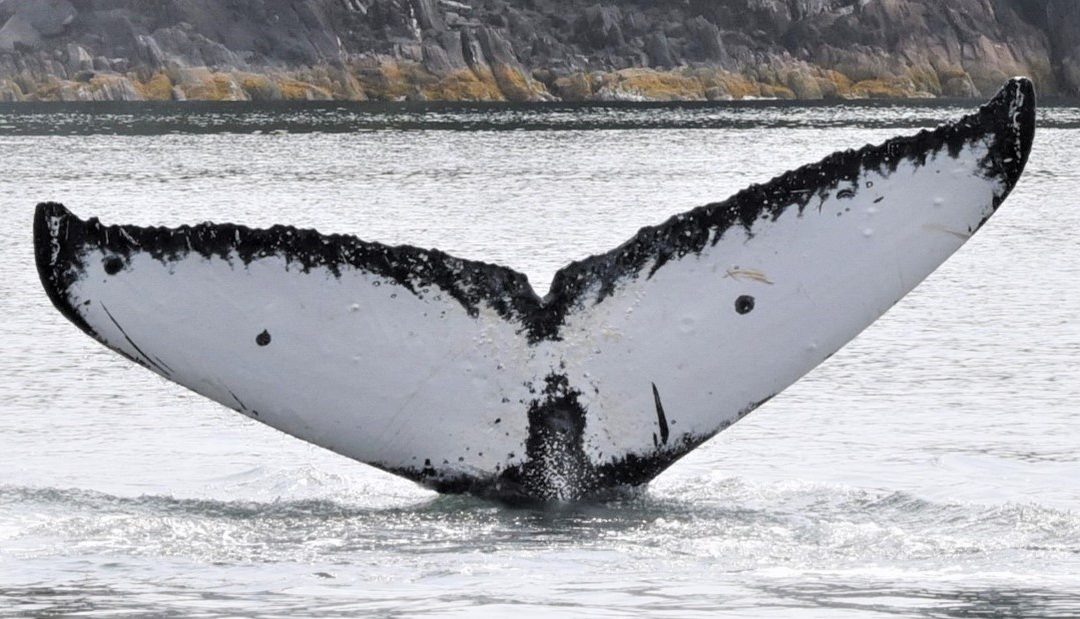 Prince Rupert in early March averages a balmy high of 6°C and is more likely to be experiencing rain than not. So, armed with mountains of fleece and rubber rain gear, I was excited to be heading up to the North Coast to join other members of the North Coast Cetacean Research Initiative (NCCRI) for a soggy field season on the water. The goal of this fieldwork was to complete a series of transects while documenting marine mammal sightings. If we encountered cetaceans, we would also photo identify individuals and collect environmental DNA (eDNA) samples from their fluke prints.

After two days of fog, wind, and some very active harbour porpoises enjoying the eulachon run at the mouth of the Skeena River, we encountered a group of humpback whales in Chatham Sound. As the first whale dove and showed us their fluke, we snapped pictures with the help of telephoto lenses. Soon after, the two other researchers on the boat excitedly called out in unison: “Wally!”. 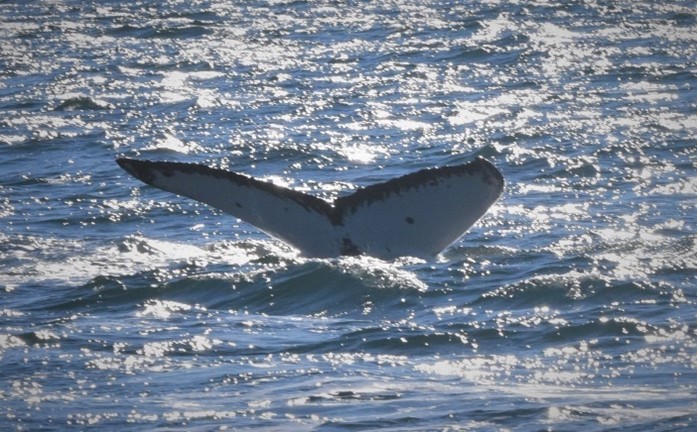 Like all humans have unique fingerprints, humpback whales have unique patterns on their flukes (the underside of their tails) that, along with the shape of the trailing edge, allow us to identify them as individuals. These vary from entirely black with few markings, to highly distinguishable patterned flukes like that of Wally (BCZ0223) which is reminiscent of the face of a certain cartoon robot. If 0-20% of a humpback’s fluke is white, they are classified as an ‘X’ whale, if 20-80% of the fluke is white, they are a ‘Y’ whale, and if 80-100% of their fluke is white, we call them ‘Z’ whales. Wally, with his two black dots, falls clearly into the ‘Z’ whale category.

First catalogued in Chatham Sound in September 2004, Wally has been a regular resident of Northern BC and Southeast Alaska ever since. In fact, he has been recorded in the area over 60 times and is regularly seen group bubble-net feeding, frequently with another humpback nicknamed ‘Bear’ (BCXUKNC2015_4). We were especially excited to see Wally in March because, thanks to our collaboration with Happy Whale, our last report of his whereabouts had been off Maui, Hawaii on January 5, 2022. A mere nine weeks later he was back from the tropics after a more than 4000 km journey. Prior to that, Wally was last seen in BC on August 15th, 2021 when staff from the Khutzeymateen Wilderness Lodge saw him in up the Khutzeymateen Inlet. 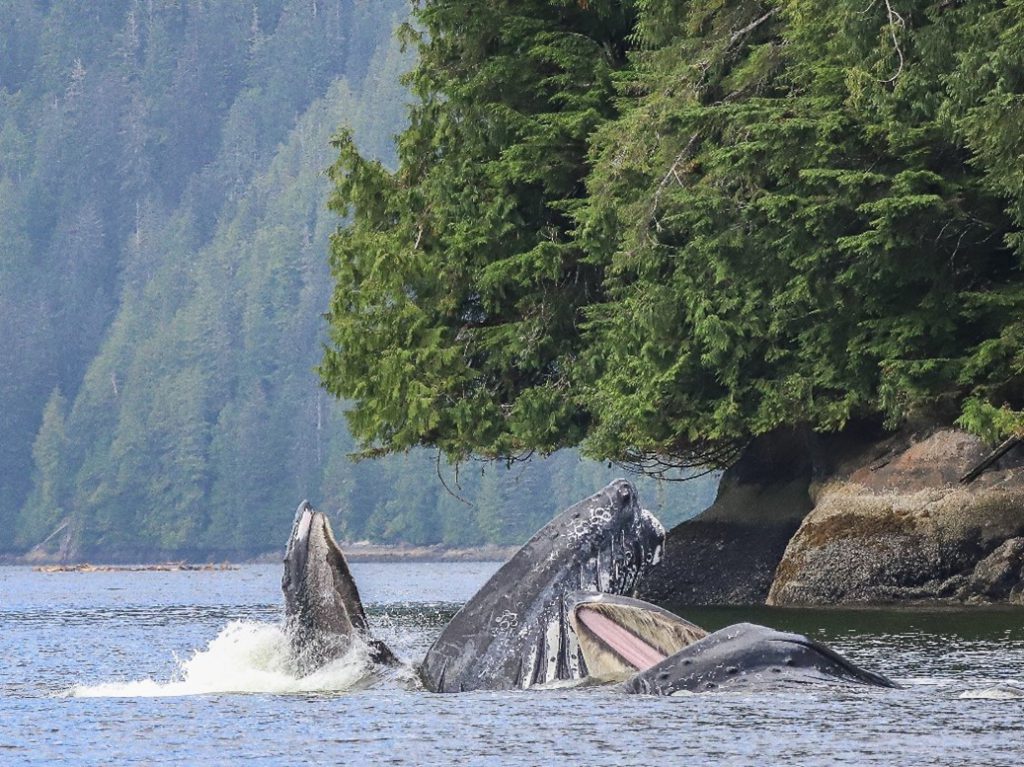 That Wally was seen in Hawaii is extremely interesting, though not surprising. Humpback whales who live off the coast of British Columbia migrate to breeding grounds in the tropical waters of Hawaii, Mexico, and Central America in the winter. By collaborating with cetacean researchers and tourism operators in these regions, we are able to track individuals across oceans and determine which breeding grounds they return to. In fact, between 2006 and 2009 a project called SPLASH (Structure of Population, Levels of Abundance, Status of Humpbacks- scientists love their acronyms) brought together researchers from across the entire North Pacific to investigate the status of humpbacks and their usage of the Pacific basin from the Philippines, to the Bering strait, to Costa Rica, and everywhere in between. This year’s tropical Wally sighting by PacWhale Eco-Adventures was the first time he has been recorded at a breeding ground and we are excited to add him to our list of Hawaii whales. 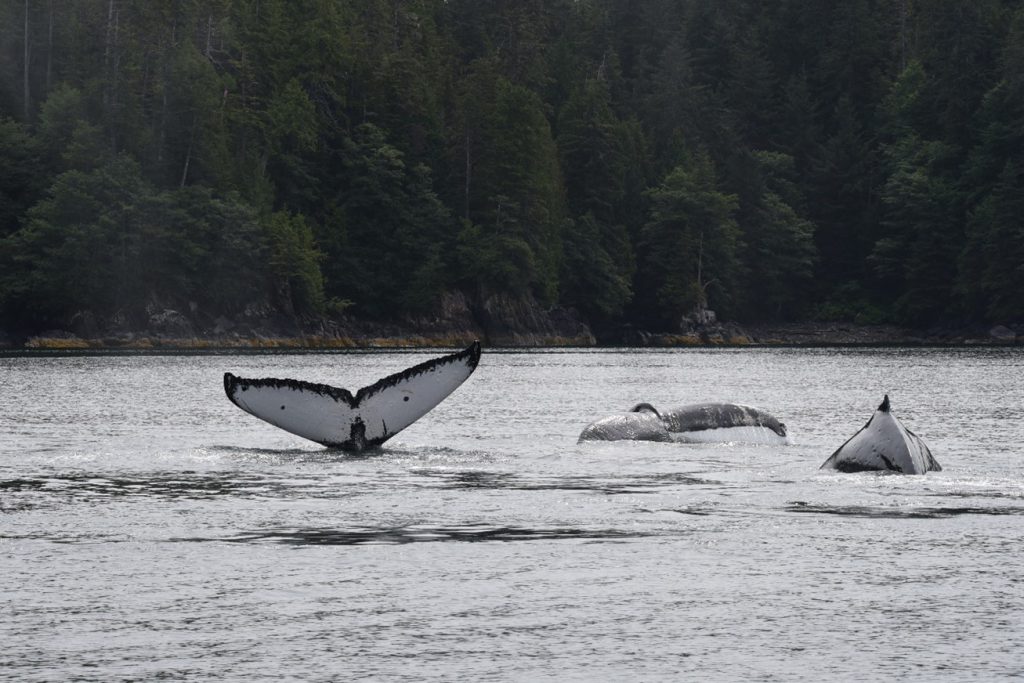 As our winter field season went on, we saw many other humpbacks but did not encounter Wally again. Some of the whales we saw we knew, but others were unfamiliar flukes who will be added to our catalogue. Through ocean-wide collaborations, we may be able to match some of these whales to known individuals that have been seen in other regions. As I headed back to Vancouver after a wet, cold, and wonderful field season, I couldn’t help but agree with Wally that, while the tropics may be nice, the magic of North Coast will have me heading back for years to come. 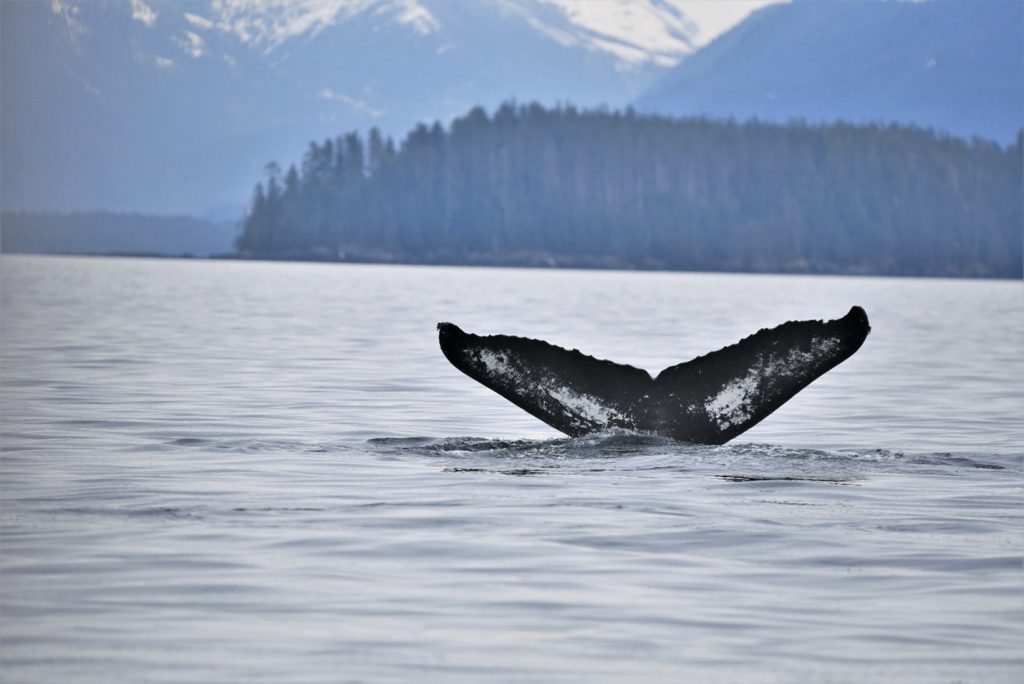 To read more about the humpback whales regularly sighted along the North Coast, visit our ‘Humpbacks of the North Coast‘ page on the wildwhales.org website.