Can Be Confused With 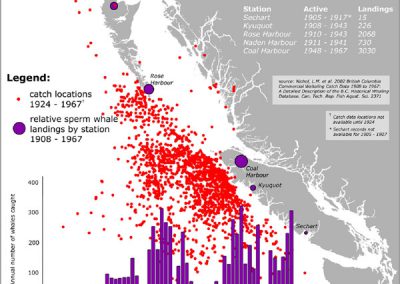 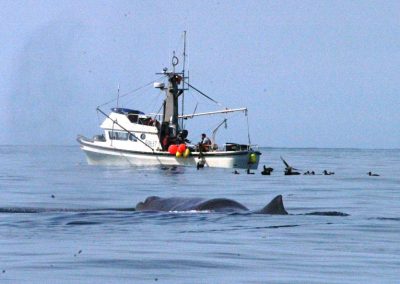 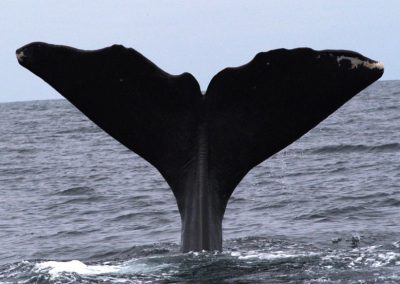 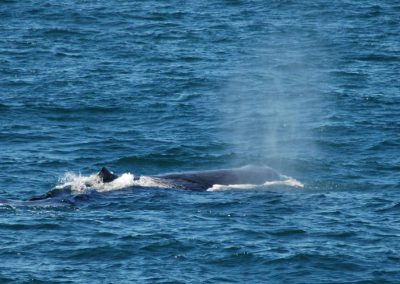 Sperm whales are the largest of the toothed whales. Their distinctive shape comes from their very large head, particularly in males, which is typically one-third of the animal’s length. The species name macrocephalus is from the Greek for “big head”. The common-name, sperm whale, refers to the waxy oil known as spermaceti, which is found in this species’ head. Spermaceti is a high-quality oil and was used originally in lamp oil and later as an industrial lubricant, in cosmetics, automatic transmissions and pharmaceutical compounds; making this species highly valuable to whalers.

Sperm whales have 20–26 pairs of cone-shaped teeth in their narrow lower jaw. Each tooth is 10 to 20 cm long and can weigh as much as one kilogram. However, the existence of teeth in sperm whales is a bit of a mystery as the teeth are not considered to be necessary for feeding on their primary food item, giant squid. Sperm whales dive to depths of up to 1 km to locate these rarely seen squid; although, most dives are to ~ 400 meters and last for 35 min to 1 hour. After a long dive, sperm whales remain at the surface for around 8 minutes. It is during this time that sperm whales were most susceptible to whalers. 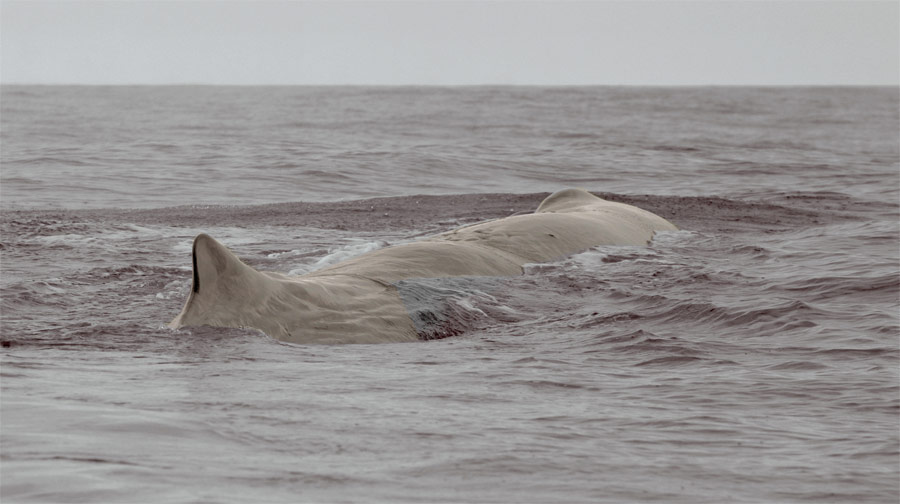 Reason for Designation
Sperm whales range widely through the world’s oceans and males are found off both coasts of Canada. The worldwide population is reasonably large despite historical large reductions by commercial whaling. Whaling for this species was discontinued in 1972 in Canada, and 1968 in BC.