The Whale Trail B.C.
The Whale Trail’s mission is to inspire appreciation and stewardship of whales and our marine environment by establishing a network of viewing sites along the Salish Sea and the Pacific Coast.

British Columbia is a place of astounding beauty and diversity, and is well-known for its abundance of marine mammals. Each year, residents and visitors alike flock to BC’s coastal waters, hoping to witness the spectacular acrobatic display of a breaching humpback, view the majestic power of a pod of killer whales, or catch a glimpse of the tiny and elusive harbor porpoise. Many people are surprised to learn that there are many great opportunities to observe these species from land; killer whales, humpback whales, harbor porpoises, Pacific white-sided dolphins, Dall’s porpoises, Steller sea lions and more can be observed while following The Whale Trail BC

The Whale Trail is a Seattle-based organization dedicated to identifying sites across the Pacific Northwest where the public is most likely to view marine mammals from shore. The Whale Trail’s mission is to inspire appreciation and stewardship of whales and our marine environment by establishing a network of viewing sites along the whales’ trails along the Salish Sea and the Pacific Coast.

In 2015, the BC Cetacean Sightings Network, a citizen science program that collects sightings of whales, dolphins, porpoises, and sea turtles across the coast of BC for conservation-based research, noticed it was receiving a significant amount of sighting reports from land. This was surprising, due to fact that Sightings Network outreach was targeted almost entirely toward mariners and land-based whale watching was not actively promoted in BC. Inspired by this pattern, The BC Cetacean Sightings Network teamed up with The Whale Trail to help expand the project throughout British Columbia.

After two years of working with dedicated local groups in areas known to have successful land-based whale watching opportunities, BC is now host to over 39 designated Whale Trail sites, marked by interpretive panels or trail markers. Every Whale Trail panel highlights local information and marine mammal species that can be spotted in the area. Additionally, the Whale Trail BC contributes to conservation-based research by prompting people to report their sightings to the Sightings Network, which is used to help track of populations of marine mammals in BC. The Whale Trail BC is generously supported in part by Mountain Equipment Coop , WWF Canada, Patagonia, The Shaw Center for the Salish Sea, and Prince Rupert LNG with additional panels funded in local areas by individuals and organizations. To date, 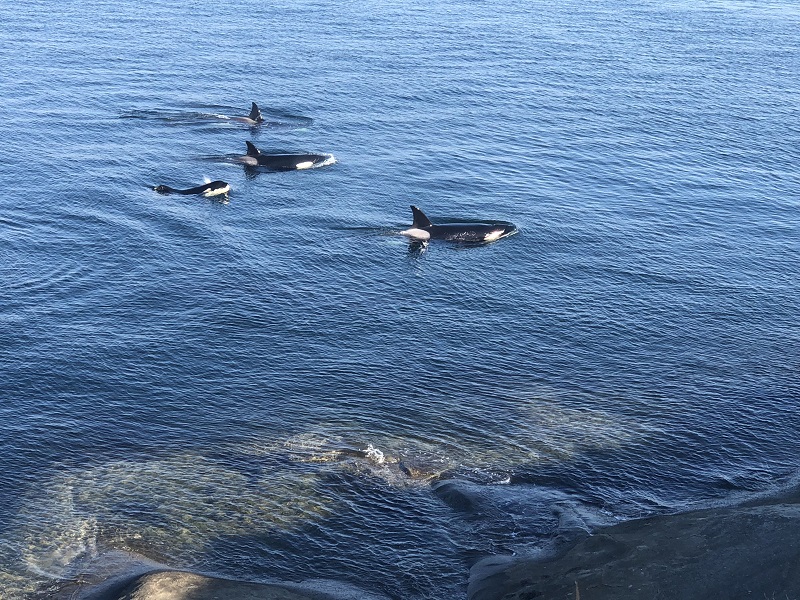 Killer whales cruise past East Point on Saturna Island. Saturna is part of the Whale Trail BC, in partnership with the Fog Alarm Building and the Saturna Island Marine Research and Education Society (SIMRES), and is a great place to view marine mammals from shore.  Photo credit: Tyler Stolting 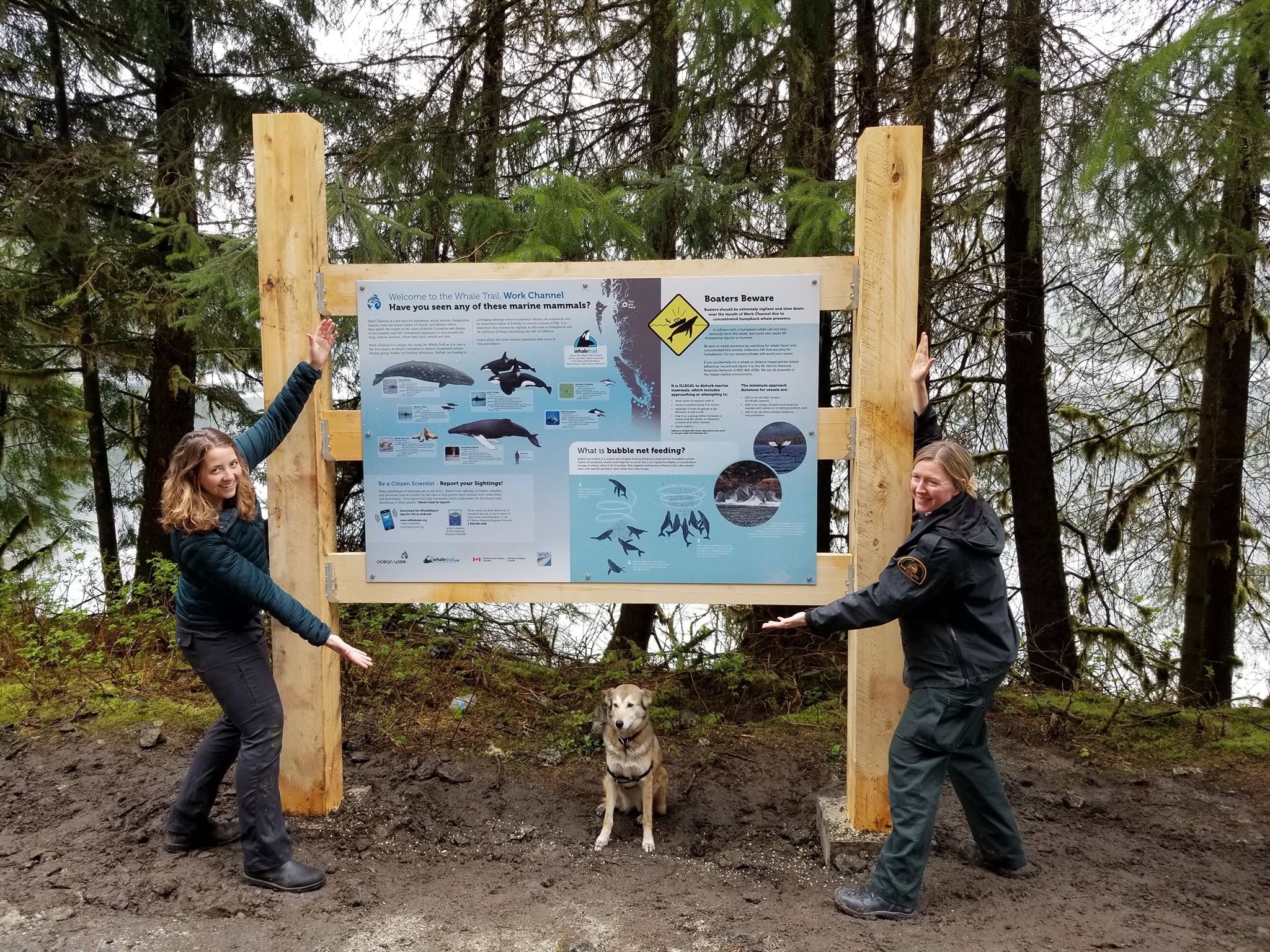 Our newest Whale Trail BC sign was recently installed in Work Channel, near Prince Rupert, in collaboration with Fisheries and Oceans Canada!

Whale Trail sites, located at public shore access points in the Southern Gulf Islands (Galiano, Mayne, Pender, and Saturna Islands), are identified by distinctive markers which were installed by each island’s Parks and Recreation Commission.  The coordinator for this project was Michael Hoebel of the Galiano Parks and Recreation Commission, who is a member of the project’s steering committee. 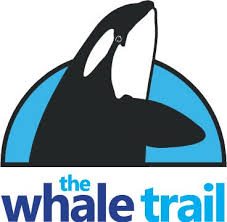 Whale trail sites are identified by these markers. 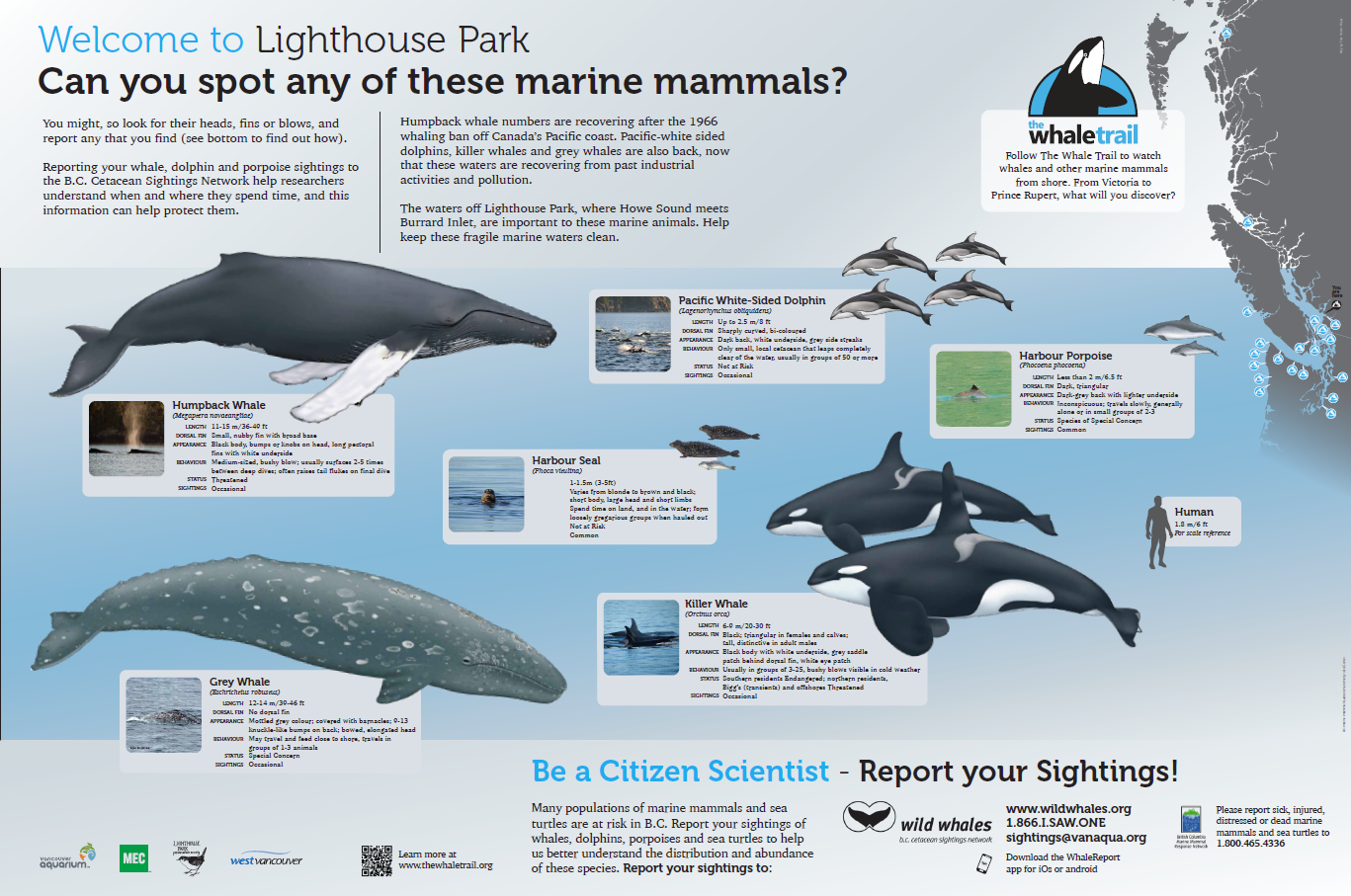 The Whale Trail Interpretive Sign, located at Lighthouse Park in West Vancouver.  Each sign is tailored to include the marine mammals a visitor is most likely to see in each area. 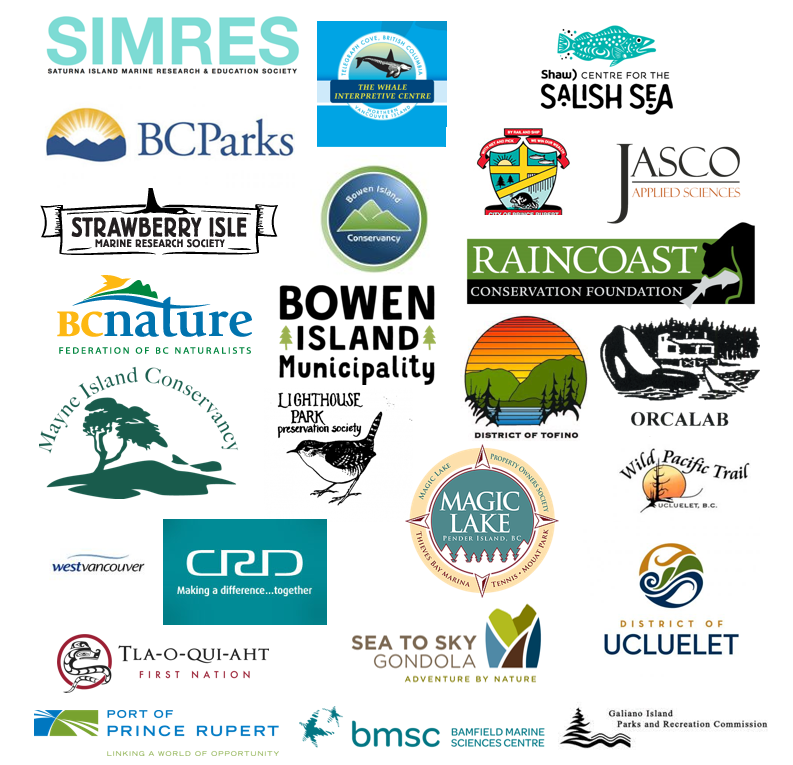